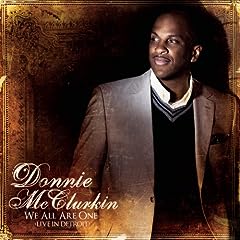 Title: We All Are One (Live In Detroit)

After a five-year break, Donnie McClurkin released his eighth CD, We Are All One, for Verity, which was recorded live in Detroit at the Straight Gate International Church.  This project consists of 14 tracks illustrating styles from Black Pentecostal church music (“You Are the Great I Am”) to the praise and worship phenomenon that is sweeping the Sunday morning service (“You Are My God and King”). While this project presents more of the same (for those who are familiar with McClurkin’s dynamic performance style), it also expands the artists’ musical parameters by including rock and symphonic elements as well as collaborations with CeCe Winans, Yolanda Adams and Mary Mary, among others.

Notable tracks are “Wait On The Lord,” “Trusting In You,” “Purple,” and “Hallelujah Song.”   However, the entire project reflects the essence of McClurkin’s distinct style of delivery, which focuses on sound musicianship and the ability to make God applicable to the listener. 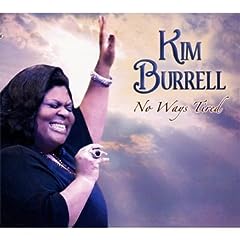 Release Date: April 7, 2009
Kim Burrell is back with a fresh approach to gospel music after nine years without a new solo project.  Her latest release on Shanachie, No Ways Tired, consists of hymns, gospels and even a George Gershwin piece in Burrell’s eclectic style of delivery.

Someone To Watch Over Me – Kim…

This album, produced by Burrell along with Chris “Big Dog” Davis, demonstrates why Burrell is still considered a vocal powerhouse. She has mastered various music genres and has successfully positioned them in the context of Black religious music.  The 12 tracks, which include a prelude and postlude, will leave one desiring more of Burrell’s melodious ministry in song.  For clear examples of such ministry one could search through any track. If you have a desire to get straight to it, just listen to “No Ways Tired” and “Yes To Your Will.”  Kim Burrell continues to amaze us with her tremendous gift.  This project was worth the wait! 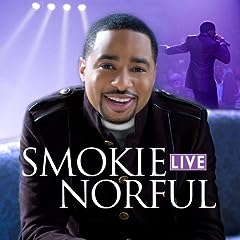 Smokie Norful’s fourth album, Live, is a collector’s item for diehard gospel music lovers.  This 10 track project, recorded live in Memphis, is funky, soulful, and most of all, its ministry. On the funky side there is “I Will Bless The Lord.”  If you want to hear soulful listen to “Don’t Quit.” In addition, “Justified” is the quintessential song of ministry on this CD, although all of the tracks minister in a specific way.

Notable is “Jesus Is Love,” a duet between Norful and Heather Headley.  This orchestrated version of the Commodore’s 1980 hit has an emotional drive that builds to a climax, and parallels the developing character of a traditional Sunday morning sermon.

Simply put, this album is a must have for those who are interested in music that not only feels good, but also speaks directly to the conditions of those who realize the power of God in their daily lives.