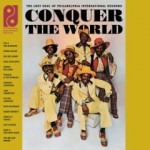 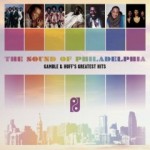 Philadelphia International Records (PIR) was formed in 1971 by legendary songwriting and production duo Kenny Gamble and Leon Huff. The two had become acquainted while working in Philadelphia’s Schubert Building and borrowed $700 to start their first label, Excel Records, in 1965. Gamble and Huff’s PIR songs and productions placed special emphasis on the musical arrangements, giving birth to “The Sound of Philadelphia,” or TSOP. PIR was probably the last major independent record label to develop a distinct regional sound, following Motown and Stax by more than a decade.

John A. Jackson, author of A House on Fire: The Rise and Fall of Philadelphia Soul,1 has described Philly Soul as “a multilayered, bottom-heavy brand of sophisticated and glossy urban rhythm and blues.” Two main factors are accredited with this trademark Philadelphia sound. The first was the funk-infused rhythm section, searing horns, and velvet strings of the house band known as MFSB (Mother, Father, Sister, Brother). As noted by Jackson, the letters “MFSB” served as a double-entendre used within the studio to relay a compliment, “He plays like a mother-fuckin’ son-of-a-bitch.” The second contributing factor was Joe Tarsia, a sound engineer and founder of Sigma Sound Studios, who’s motto was “less is sometimes more” in regards to recording. Tarsia favored an unimpeded surround sound, and this effect was accomplished through the use of his Sigma equipment. In contrast , The Sound of Philadelphia (TSOP) was “the last major independent record label to develop a regional sound (Jackson, p. 470).”

Through a special license between PIR and Sony BMG/Legacy, two new 16-song collections were released in March, just in time to celebrate the induction of Kenny Gamble and Leon Huff into the Rock And Roll Hall of Fame. The Sound of Philadelphia: Gamble & Huff’s Greatest Hits and Conquer the World: The Lost Soul of Philadelphia International Records sum up the Gamble & Huff approach to musical success. They also provide a “Music Appreciation 101” of Philly Soul for those who did not receive their tickets in time for TSOP (the theme from Soul Train).

Conquer the World entertains with a number of quirky performances such as “Grasshopper” by the Soul Devalents, which tells of a grasshopper in the bayou that falls into a vat filled with gin. Producers Joe McEwen and Leo Sacks drew from rare and mostly forgotten 45 rpm singles that were recorded between 1971-1975 and released on the TSOP, PIR, Gamble and North Bay labels. One of the better known artists featured on the compilation is Bunny Sigler, who contributes “Theme for Five Fingers of Death,” “Everybody Needs Good Lovin’,” and “Conquer the World Together” (with Dee Dee Sharp). The other tracks feature local performers, most of whom (according to the press release) “never went far beyond the neighborhoods and bars of Philadelphia,” including: Pat & the Blenders, Love Committee, Yellow Sunshine, Ruby & the Party Gang, and the Mellow Moods. Though the artists never hit the big time, this is still classic Philly Soul featuring the signature sound of MFSB, and now thanks to McEwen and Sacks these songs are no longer lost.

On the opposite end of the PIR spectrum, The Sound of Philadelphia: Gamble & Huff’s Greatest Hits leads you through of tour-de-force of chart busting Philly Soul delivered by PIR’s substantial roster of superstars. The compilation begins with the back to back hits “Love Train” and “Back Stabbers” performed by the “incomparable, mighty-mighty” O’Jays, followed by Harold Melvin & the Blue Notes performing “If You Don’t Know My By Now,” “The Love I Lost,” and “Wake Up Everybody.” Also featured is Billy Paul’s smash hit “Me and Mrs. Jones,” “When Will I See You Again” by The Three Degrees, and “You’ll Never Love Another” by Lou Rawls, along with contributions (in chronological order) by People’s Choice, The Intruders, McFadden & Whitehead, The Jones Girls, Teddy Pendergrass, and Patti Labelle.

In summation, Conquer The World: The Lost Soul of Philadelphia International Records and The Sound of Philadelphia: Gamble & Huff’s Greatest Hits provides an aural history of the development Philly Soul as well as a fitting tribute to the creative genius of Gamble and Huff. Maybe if we’re lucky, Sony would reissue the 1997 box set Philly Sound: Kenny Gamble, Leon Huff and the Story of Brotherly Love (1966-1976) which provides a much more complete overview but has unfortunately been unavailable for several years.

1 The John A. Jackson Papers at the Archives of African American Music and Culture include interviews, research materials, and book drafts pertaining to A House on Fire: The Rise and Fall of Philadelphia Soul.