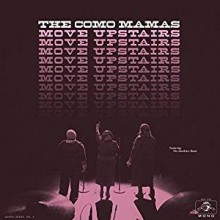 In a little corner of Mississippi, the Como Mamas have performed traditional gospel since their youth growing up in the Jim Crow South. On their second album, Move Upstairs, they continue to share music from their rich heritage with a sweet power and joy that’s sure to inspire any listener.

While their first project, Get an Understanding, was a cappella, Move Upstairs features gospel favorites accompanied by understated instrumentation that’s stylistically reminiscent of the soul and gospel music popularized in the mid-twentieth century. Stand out selections include the title track “Move Upstairs” led by Della Daniels. Two of the members first recorded an a cappella version of this song on the Daptone compilation Como Now (2008). However, the new rendition features a groove undergirded by a walking bass that shapes this piece into an exciting declaration of faith. With a rich and smoky voice, Daniels sets the tone for the song, conveying intensity and excitement about her pending trip to heaven. 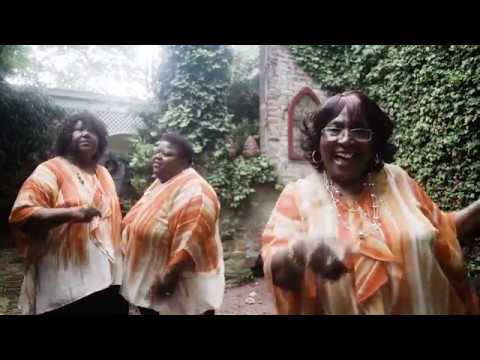 Fans of the trio will also certainly appreciate their version of the song “Glory, Glory Hallelujah.” With only a bass drum and tambourine for accompaniment, the raw power of the group’s voices alone conveys their prayerful emotion.  Lastly, the track “Count Your Blessings” is a noteworthy remake of Luther Barnes’ up-tempo contemporary gospel choir piece, “What the Lord Has Done,” into a laidback song of encouragement. With a rousing call and response interplay, the Como Mamas intimately convey their message.  Moreover, the accompanying music video (above) imbues the group’s singing with bit of lightheartedness and reminds listeners to smile, dance, and practice gratefulness in every circumstance.

Following (in three parts) are short reviews of several gospel music CD releases from the first quarter of 2009.  While there are many others that could and should appear on this list, I chose to present these projects based on a few criteria.  For instance, some are highlighted because they present new music from performers who have experienced an extended absence from the industry as recording artists. Other releases were chosen based on their abundant airplay and high placement on chart listings. In addition, some appear as a result of the artist’s presence in the gospel music industry over time.  Nevertheless, the aggregate of these artists exemplify gospel music spanning traditional and contemporary styles.  My hope is that the reader will identify with at least one of the highlighted CDs, which might lead him/her to explore other projects by the same artists along with those who perform similar styles, thus expanding their knowledge and experience of this religious artistic expression that is gospel music. 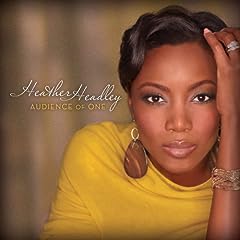 Title: Audience of One

Release Date:  January 13, 2009
Heather Headley’s new release, Audience of One, might lead some to assume that the R&B singer has crossed over into the gospel music industry.  However, given her background (her father was a pastor) as well as her soulful delivery on this project, its apparent that Headley never left the church.  Steeped in lush orchestrations and soulful, eclectic grooves, Headley presents a vocal gem consisting of tonal clarity, well placed phrasing, and emotional drive. Put succinctly, she gives thoughtful worshipers a musical vehicle by which they can mull over the goodness of God and the significance of dependence upon Him.  For a clear example of her renderings listen to “Simply Redeemed,” “I Need Thee Every Hour,” the churchy “I Know The Lord Will Make a Way” and “Here I Am To Worship.”  With special appearances by Smokie Norful and the Tri-City Singers, along with arrangements by Keith Thomas, Marc Harris and Cedric Thompson, Audience of One will resonate across racial, denominational and generational boundaries.

Title: The Law of Confession Part 1

Release Date:  February 3, 2009
Donald Lawrence continues to prove why he is one of gospel’s most sought after artists/producers.  With his newest release, Law of Confession, recorded live in Chicago at the Living Word Christian Center, he illustrates in song how words have the power to change life circumstances.  The 14 tracks are based on a book and sermon entitled Law of Confessions by Rev. Bill Winston, the pastor of Living Word where Lawrence is a congregant.  The title track, “Law of Confession,” sums up the entire album, as Lawrence challenges the live audience to begin speaking the words of the Lord over their lives.

The Law Of Confession – Donald…

The song “Back II Eden” has also proven to be an enormous hit among the gospel audience, with its message of prosperity promised by God, which allows for “Kingdom people” (Lawrence’s term) to “live on top of the world.” Also very powerful is the rendition of “The Blessing of Abraham,” which was performed as a reflective ballad in contrast to the original up-tempo version recorded by Lawrence in 2006.  This ballad style allows for “Kingdom people” to internalize the covenant between God and Abraham as well as his descendants.  It is enough to usher the listener into a mode of worship.  Every song on this CD could be used as a tool for shifting the mindset of the listener from a state where anything is accepted to a place where one dictates, through the word of God, what his or her life will be. The project is musically excellent and Biblically sound. The Law of Confession is a must have! 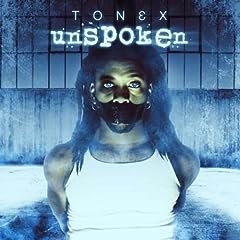 Release Date: March 17, 2009
Tonex is back with a new release, Unspoken, that will challenge traditional gospel listeners to expand their music stylistic parameters.  With various producers including Tonex, Dwayne Swan, Rhema K, T. Bizzy and Shomari “Sho” Wilson, Unspoken presents a very radical and eclectic artistic palette that parallels the character of Tonex, who is known for pushing the perceptive boundaries of gospel artists.  From the first track, “Fiyah,” Tonex asserts a bold statement highlighting his prowess as a “hot” and “saved” artist who is spiritually free and on fire for the Lord.  This message of free in salvation, steeped in an “In Yo Face” hip-hop groove, may be difficult to identify.  However, with careful listening one realizes that Tonex has positioned the good news in street dialect, which transcends traditional church walls-this project is definitely speaking to those on the highways and byways!  Nevertheless, if one is not sure of his conviction, just listen to “Joy,” where Tonex sings about how his life has changed as a result of the love of God.  Other notable tracks demonstrating Tonex’s eclectic renderings are “Again,” “Love Me 4 Me” and “Sneeze.”

Unspoken not only speaks to a broad audience beyond the traditional church, but also gives us a better understanding of Tonex as a person.  He has come through many trials and, therefore, has an enormous range of sounds and images to offer the diverse body of Christ. 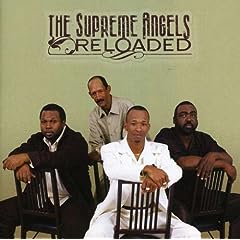 The Supreme Angels are continuing the legacy of sincerity and dedication to gospel quartet music that the late Howard “Slim” Hunt (who passed away in 2007) developed over several decades.  With Reloaded, their new release for Malaco, the Supreme Angels maintain the group’s traditional character while also creating a more contemporary sound through the lead vocals of Quincy King, Hunt’s son.  While all of the songs demonstrate contemporary gospel quartet performance styles, the opening track, “Wicked Land,”  is an up-tempo original that illustrates the essence of the current genre with its great story-line and tight harmonies accented by synth horns and a driving rhythm section.

“Hold On and Never Give Up” is another notable track couched in a moderate tempo groove that challenges the listener to maintain faith in God no matter the circumstances.  Other worthy songs are the bluesy “Don’t Let the Devil Steal Your Joy” and the solemn rendition of “I Need Thee.”  Reloaded allows the listener to experience an accurate representation of gospel quartet music that is simplistic, thoughtful, earthy and, most important to believers, the message of God in song.