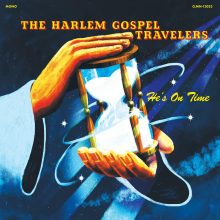 He’s On Time is a great introduction to The Harlem Gospel Travelers, a group of young and fresh gospel quartet revival singers from New York City. Eli “Paperboy” Reed, who taught a class in quartet music, first discovered these four young singers: Thomas Gatling, Asher Bethune, Stephen Pedley and George Marage.  As Reed told Billboard in a recent interview, “I’m more satisfied with this than anything else I’ve ever been a part of in my whole life. I think it’s something that could really turn a lot of people’s heads…[who] haven’t heard anything that sounds like this record in however many years—or ever.” END_OF_DOCUMENT_TOKEN_TO_BE_REPLACED 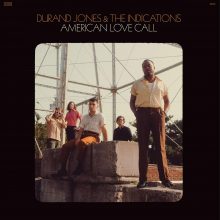 America’s new favorite soul band, Durand Jones & the Indications, have released yet another electrifying album packed full of love ballads, message songs and that live studio band sound that has listeners wanting to dust off their old record players. The group’s sophomore album, American Love Call, has gained much success since its release in March. Rolling Stone magazine wrote, “While the messages on American Love Call can be more pointed, the sound is more honeyed.” This “honeyed” sound is the doo wop vocals on ballads such as “Court of Love,” featuring drummer Aaron Frazer’s fine falsetto, and the smooth rhythm and blues vocal harmonies on “What I Know About You.”  The group’s grittier soulful side is demonstrated by Jones on the ‘60s inspired message song, “Morning in America.” END_OF_DOCUMENT_TOKEN_TO_BE_REPLACED 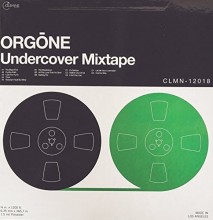 One of Southern California’s premiere funk and soul outfits, Orgōne has been spreading its cosmic energy throughout the universe for nearly two decades. Fronted by vocalist Adryon de León, who plugs the soul into the ensemble, Orgōne is known for its unique mélange of gritty old school ‘60s and ‘70s music infused with contemporary influences drawn from the multicultural milieu of L.A. These influences were perfectly expressed on their last album, Beyond the Sun (2015). While recording new tracks in the studio, the band hit upon the idea of producing a cover album dedicated to a few of the artists “who paved the road for us.” The result is Undercover Mixtape, offering 13 classics paying homage to artists from Stax and Motown, as well as legendary jazz, funk and rock musicians.

The album opens with an outstanding rendition of the jazz-funk instrumental “The Black Five,” originally released by Roy Ayers Ubiquity in 1974. The Orgōne crew swaps the string section and Ayers signature vibes for layered keyboards and guitar, providing an updated sound. Switching over to guitar-driven hard rock on “Cynthy-Ruth,” the band is led by Tarin Ector (The Solutionagenics), whose gritty vocals are well-suited for this track from the 1970 debut album by Detroit’s Black Merda.

Adryon de León is brave enough to tackle “Think,” Aretha Franklin’s iconic 1968 feminist anthem, and absolutely nails it with fantastic backing from the band. She also shines on several other soul-drenched tracks: Betty Wright’s “Let Me Be Your Lovemaker” which also showcases the horn section; the Gladys Knight tearjerker “Neither One of Us (Wants to Be the First to Say Goodbye);” and Gwen McCrae’s “All This Love That I’m Givin’.” Guest vocalist Kelly Finnigan is featured on “Nobody’s Fault but Mine,” adhering closely to the Otis Redding version of the song.

If you want funk and nothing but the funk, you won’t be disappointed with the remaining tracks on the album. The band seriously grooves on two back-to-back instrumentals, deftly channeling Booker T’s organ licks on “Melting Pot,” then getting down on an extended version of Cameo’s “It’s Serious.” The Meters, clearly one of the Orgōne’s favorite groups, are covered on “It Ain’t No Use,’ once again featuring the amazing Adryon de León, and “Looka Py Py,” on which the band navigates the complex polyrhythms and deep bass grooves with precision. Last but certainly not least, are two tracks from the funkiest funk band on the planet. Parliament’s 1971 classic, “The Breakdown,” features Mixmaster Wolf, who normally fronts the eight piece L.A. funk band Breakestra. The album closes with another P-funk classic, “Cosmic Slop,” with Tarin Ector once again taking over the helm on this haunting tale about urban poverty that still resonates today.

Undercover Mixtape offers an edifying excursion through soul and funk classics of the ‘60s and ‘70s, performed by a band steeped in the grooves and vocalists capable of covering the era’s most iconic singers. This might be Orgōne’s side project, but they deserve a victory lap for keeping the funk funky and the soul soulful in the 21st century. 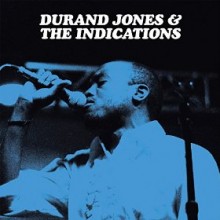 Nothing gives us greater pleasure than to plug the debut album of a hometown group. Durand Jones & The Indications coalesced around a common love of gritty Southern soul and Delta blues by students at the Indiana University Jacobs School of Music. The four core members of the band—Aaron Frazer (drums, vocals), Blake Rhein (guitars), Kyle Houpt (bass), and Justin Hubler (organ, electric piano)—are all graduates of the JSOM Recording Arts Department and performed together in the promising blues-rock band, Charlie Patton’s War.  Durand Jones—classical saxophone player by day, soul shouter by night—earned a master’s degree in music while also playing with the award winning Kenari Quartet. The NOLA-born musician was raised in his father’s hometown of Hillaryville, LA (population 750), where he sang traditional gospel in the choir at the local Baptist church, studied classical music, and played sax in his high school jazz band, receiving the Louis Armstrong Award.

These multi-talented forces collided a couple of years ago, when Rhein and Jones both had gigs with the legendary IU Soul Revue (founded, incidentally, by Dr. Portia K. Maultsby, who later went on to found the Archives of African American Music and Culture, home of Black Grooves). Rhein approached Jones and convinced him to front Charlie Patton’s War for a basement show, and a new version of the band was born—later christened Durand Jones & The Indications—which also includes members of the Soul Revue horn section (how fantastic that college students are still taught to be soulful!).

On their self-titled album of original songs, released on Ohio’s Colemine label, the band opens with one of their strongest tracks, “Make a Change.” This is old-school stuff in the very best sense—funky and hard driving, with organ riffs and raw vocals channeling soul singers several generations removed. Frazer lays down a steady groove on “Smile,” which gives the horn section a workout. This is followed by the slow burner “Can’t Keep My Cool,” a strong track that lets Jones stretch his vocal and emotional range. Things just keep getting better on “Groovy Babe,” a song guaranteed to shake up the dance floor, with Frazer given a chance to shine with a drum solo, while Jones shouts to the rafters. “Giving Up” is a classic break-up song with a sound straight out of the Stax studio—one can even imagine that Booker T (another IU alum) is sitting in on the B3. On “Is It Any Wonder,” Frazer takes over on vocals, injecting a softer, more tender timbre, enhanced with a bit of reverb. Jones comes back in full force on “Now I’m Gone,” a tour de force of heartache and disappointment that might unleash a few tears. The album closes with “Tuck ‘N’ Roll,” a rocking instrumental that showcases the band, in particular Justin Hubler on organ.

One can’t help but make a comparison to other soul singer fronted bands, like Charles Bradley (also reviewed in this issue). Let’s hope Durand Jones & The Indications are able to continue and achieve that level of success, now that members have graduated and scattered to different parts of the country (Frazer is now gigging in Brooklyn, and Rhein is employed by Numero Record Group in Chicago). We might be in luck, since a tour is apparently in the works, and Jones is already writing songs for a follow-up album, which might also find him “channelling his inner King Curtis” on sax. Meanwhile, locals might find Jones sitting in with his other regular groups, including the Jefferson Street Parade Band, Black Acid Orchestra, and the Liberation Music Collective.

*The limited edition blue vinyl sold out prior to the release date, but you’ll be able to cop a black vinyl edition in the near future.