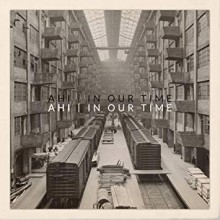 Title: In Our Time

Canadian singer-songwriter AHI (pronounced “eye”) offers a refreshingly earnest commentary on life, love, and the concept of home on his sophomore album, In Our Time. His first album, We Made It Through The Wreckage, was independently released in 2017, and despite a lack of promotion, the album resonated with listeners and began receiving recognition across Canada due to AHI’s gritty, soulful vocals and commitment to honest, simplistic music.

The opening track on his newest album, “Breakin’ Ground,” is an uplifting introduction, telling of AHI’s journey to becoming an artist and musician. Lyrics like “I’ve been told I’m worthless so much that it gave me purpose” are honest and real, and are complemented by AHI’s raspy and raw-sounding vocals over an upbeat melody. “Made It Home,” the following track, presents the second chapter of AHI’s personal story. In the song, the father of three explores the concepts of family and home in a way that simultaneously expresses vulnerability and strength.

The other songs on the album, from the energetic “Five Butterflies” to the more emotional and softer “Just Pray,” highlight AHI’s ability to blend folk, soul, rock influences with his personal experiences and feelings in a way that makes his music poignant and engaging for anyone and everyone.

On In Our Time, AHI manages to use his mesmerizing vocals and catchy melodies to create a personalized yet relatable collection of folk rock tracks based on his own experiences of life, love, and family. 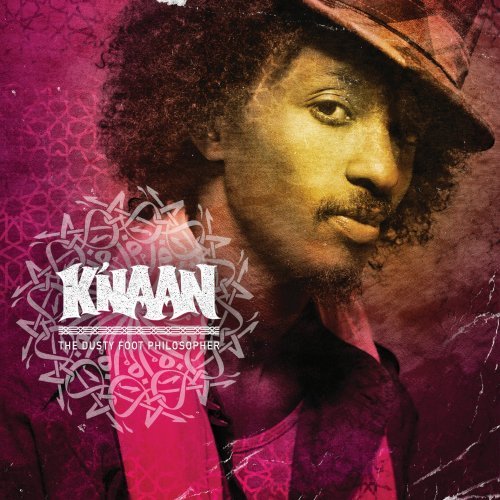 K’Naan is a Somali-Canadian Muslim who was raised amidst the violence and refugee camps of the Somali civil war.  Like Native Deen, K’Naan’s seeks to educate the public. Rather than teaching about Islam, however, K’Naan’s uses The Dusty Foot Philosopher to speak out against the horrors in Somalia, particularly Mogadishu, which he frequently refers to as the “hardest ghetto in the world.”

In general, if you’re looking for some feel-good party music, this probably isn’t the album you’re looking for. Even the songs with more upbeat harmonies and rhythms tend to be lyrically somber. The chorus for “I Was Stabbed by Satan” is based around a Somali folk belief that babies cry at birth because Satan stabs them to introduce them to the sin and suffering of the world. The verses of the song describe the difficulties of growing up in the ghettos. “Until the Lion Learns to Speak”-a thinly textured mix of lilting poetry and percussion set to a song by Somali poet and musician Areys Ise Karshe-makes reference to the slums and the need to “free our people from guns.” Perhaps the most optimistic song is “In the Beginning,” which sings about the difficulty of life for people, particularly children in Mogadishu, but then adds “that was in the beginning…. And things change.”

Most of the remaining songs on the CD stay closer to a North American rap style and tend to either treat the current bloodshed in Mogadishu or needle gangsta rappers about their distorted views of hardship. In the former category are songs like “Soobax,” which addresses the gunmen who are responsible for the violence and killings that have torn Somalia apart. In the other category are songs like “Hardcore,” which offers detailed descriptions of the violence in Mogadishu and then asks “So what’s hardcore? Really, are you hardcore?” This question may be, in part, a reaction to criticisms that message rappers as too conservative and out of touch with street life in comparison to gangsta rappers-a view which K’Naan clearly challenges.

Keeping in line with the overall mission of the album, the accompanying DVD contains not only music videos addressing the war in Somali and the hardships of inner city life in North America, but also an episode of 4Real featuring the making of K’Naan’s “Soobax.” The 4Real documentary follows K’Naan’s journey through the refugee camps of Nairobi, Kenya, including his introduction to a nurse who founded a clinic with a donation of $26, attempts to clean raw sewage out of the water supply, and efforts by community leaders to provide local children with a normal and healthy upbringing. Much like the music videos, the documentary attempts to counterbalance the scenes of hardship and suffering with scenes of happy children and positive role models who are attempting to make the bleak conditions more bearable.

Although he doesn’t address Islam directly in his music, K’Naan is open about his religious affiliations when asked and the imagery in both his music videos and his CD packaging make homage to Muslim culture. The artwork on the CD, DVD, and packaging display stylized Arabic calligraphy. His music videos, particularly those for “Soobax” and “Strugglin'” show Muslim women wearing hijabs. Additionally, the accompanying booklet contains a brief autobiography about K’Naan’s childhood in Mogadishu in which he mentions writing verses from the Qur’an on wooden slates at school.

The song with the most obvious connections to Muslim culture on the album is “Hoobaale.” This track opens with calls of encouragement to the musicians in Arabic including “ya’allah” and “ya salam.” Similar interjections as well as ululations occur throughout the song while a supporting instrumentation on ‘oud, acoustic guitar, and dumbek, give the song a definite Middle Eastern flavor. The actual lyrics sung by K’Naan and the other performers are in a mixture of English and Somali and put forth small snippets of philosophy such as “How come you turn your deafest ear when it’s your own brother calling?” and “How can they go to war with terror when it’s war that’s terrorizing?”

When asked by Tony Mitchell during an interview for Local Noise why he doesn’t use his lyrics to discuss his Muslim background, K’Naan explained that “being a Muslim is something that you do, not talk about…. I am doing what a Muslim is supposed to do. I’m trying to spread some good, trying to be good, trying to not offend people; those are the elements that exist for me” (see full interview transcript). He’s clearly stuck to this philosophy for this CD.

Although it may leave more sensitive listeners feeling emotionally drained and miserable, the amount of energy and craftsmanship poured into the music and lyrics of this album is undeniable.  The accompanying DVD, however, does have a few problems. There are some minor editing problems in the “Til We Get There” music video with noticeable sound gaps during certain scene changes. The video also spends a lot of time fixated on Stori James, which could be a plus if you’re really into James, but I personally found them distracting since they’re obviously thrown in as mere eye candy as opposed to developing naturally out of the overall flow of the video.  As more or less a throw-away bonus, this one video really doesn’t detract from the overall package.