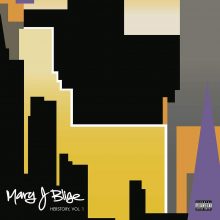 Mary J. Blige has gathered 16 hits and rare remixes from the ’90s in HERstory Vol. 1. Highlights include two tracks with Notorious B.I.G – “Real Love” (Hip Hop Mix) and “What’s the 411” (also ft. K-Ci) – and remixes of “Real Love,” “Reminisce” and “Love No Limit” from her 1992 debut album, What’s the 411?. A relatively short but sweet holiday offering that “tells the story of Blige as she first established herself as a tour de force of ‘90s R&B.” 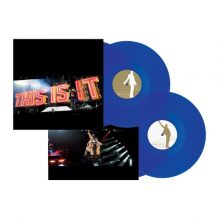 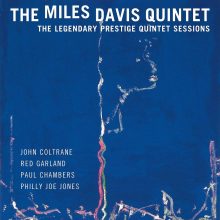 In celebration of the 70th anniversary of Prestige Records, Craft has released a new 6 LP box geared towards jazz fans and vinyl collectors. The Legendary Prestige Quintet Sessions includes, in chronological order, the quintet’s 1955-56 sessions with Rudy Van Gelder that resulted in five classic albums: The New Miles Davis Quintet (their 1956 debut), Cookin’ (1957), Relaxin’ (1958), Workin’ (1959), and Steamin’ (1961). Though the six disc vinyl set was originally released in 2006, this new box ups the ante with a bonus disc featuring with audio from radio and TV appearances by the group, including a 1955 guest spot on The Tonight Show with Steve Allen, plus a 20-page hardcover book with new liner notes by jazz historian Bob Blumenthal.

Voices of Mississippi: Artists and Musicians Documented by William Ferris is an important addition to the documentation of Southern folklife, culture, and history. The box set includes a CD of blues field recordings, another CD of gospel field recordings, a disc of interviews and oral histories, a DVD with seven short documentary films (1972-1980), and a 120-page hardcover book edited by Ferris that includes transcriptions and annotations for all of the film and album recordings.  A recently released companion DVD, The Early Films of William Ferris, 1968-1975, features rare footage of B.B. King and James “Son” Thomas. Both were produced by Dust-to-Digital in collaboration with the University of North Carolina, which holds the William R. Ferris Collection. END_OF_DOCUMENT_TOKEN_TO_BE_REPLACED