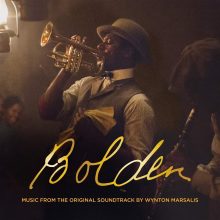 The name Charles “Buddy” Bolden should be a familiar one for many jazz fans and aficionados. Bolden, a New Orleans cornet player, is “ranked among the most influential yet obscure figures in the pantheon of American music,” according to jazz clarinetist and historian Dr. Michael White. Known for developing a style of music that blended Black sacred and secular musical aesthetics (melodic, harmonic, and rhythmic ideas), European dance music, marching-band, and Caribbean folk styles, Bolden laid the foundation and was a progenitor for what we refer to today as jazz music. Although none of his recordings or compositions are extant, we have an understanding of what the cultural and musical environment was like during that period. END_OF_DOCUMENT_TOKEN_TO_BE_REPLACED