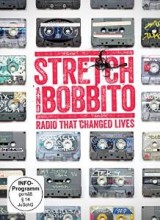 Last year’s documentary Stretch and Bobbito: Radio that Changed Lives is now available on DVD and just premiered on Showtime May 18th.  The film chronicles the contributions of Stretch Armstrong (Adrian Bartos) and Bobbito Garcia, two deejays who begun a hip hop radio program on the night shift of Columbia University’s radio station in 1990.  The Stretch and Bobbito show is widely heralded as one of the greatest (if not the greatest) hip hop radio shows of all time, due to both its staying power and the artists that the deejay duo broke to listeners in New York City.

The documentary charts the program’s story largely by chronicling the artists featured on it, including interviews with many of the rappers Stretch and Bobbito introduced to radio listeners, including Fat Joe, members of the Wu Tang Clan, Jay-Z, and Nas—the film reads as a veritable Who’s Who of 90s hip hop.  Many of these artists get to listen to tapes of the show, either via airchecks or programs taped by listeners, hearing their own rare written performances and freestyles.  This is one of the great assets of the film—it is likely that most viewers have never heard the verses on these recordings, and it is fascinating to hear artists like Ol’ Dirty Bastard and the Notorious B.I.G. rapping over Stretch Armstrong’s beats prior to achieving their legendary status.

The deejays’ story follows that of many of the artists, moving from red eye college radio to the duo’s debut on New York’s largest radio station, Hot 97, before disbanding the show.  Stretch and Bobbito are back together in the film, discussing their motivations for starting the program, its remarkable heyday, and shifts in the music and broadcasting industries as a result of hip hop’s historical trajectory during the 1990s.

Stretch and Bobbito: Radio that Changed Lives documents an essential slice of the New York hip hop scene, showcasing one of the most important launchpads for artists who would emerge as quintessential figures in hip hop. This film is essential viewing for heads and emphasizes the important role that radio programmers had in the pre-internet age of underground hip hop, giving unknown artists a platform to launch into the mainstream.

(For those interested in the history of Black radio, check out the AAAMC’s exhibit on Google Cultural Institute: https://www.google.com/culturalinstitute/u/0/collection/archives-of-african-american-music-and-culture?projectId=black-history-and-culture)

Based on interviews conducted by Walker Smith over a two year period from 1997-1999, Mello Yello: The Incredible Life Story of Jack the Rapper is part biography, part autobiography—told primarily through the words of Jack Gibson.

Affectionately known as “Jockey Jack,” and later “Jack the Rapper,” Jack Gibson was a legendary figure in Black radio and the Black entertainment industry. Though not well known outside of those circles (amazingly, Gibson doesn’t even have a Wikipedia entry), his influence was incredibly broad, reaching all four corners of the nation and extending from the 1940s until his death in 2000, and beyond. A master storyteller to the end, Mello Yello is his final exposé on the industry—with sidebars on life, love, and the pursuit of happiness—edited by Ms. Smith in a manner that’s both informative and entertaining.

Born May 13, 1920 on the South Side of Chicago, Gibson was the son of a prosperous doctor from Barbados, who was also Marcus Garvey’s personal physician. Though Gibson trained at Lincoln University to be an actor, due to his mixed race heritage and light skin he was not able to land one of the few roles reserved for Black actors. Capitalizing instead on his vocal talents, Gibson was given a starring role in “Here Comes Tomorrow,” the first radio soap opera drama to feature an all-Black cast. Produced by another legendary Chicagoan, the African American writer Richard Durham, the show went on the air in 1945 over Chicago station WJJD. As Gibson recalls, “during a time when Negro actors were relegated to playing cartoonish sidekicks, maids and butlers, we were playing three-dimensional characters concerned with voting rights, segregation, and family relationships.” Shortly thereafter, Gibson launched his own music-based radio program, “The Jack Gibson Show,” while also working as a local emcee and helping Black artists such as Sarah Vaughan get booked into Chicago clubs.

END_OF_DOCUMENT_TOKEN_TO_BE_REPLACED

We’re happy to promote this new autobiography by pioneering radio deejay Herb Kent “the Cool Gent,” a.k.a. the Black Dick Clark. Beginning his career in 1944 at the age of sixteen, Kent was a fixture on Chicago radio for several decades, most notably on WVON-AM, the most powerful black station in the country.  Though perhaps better known for spinning older R&B records on his “dusty” shows, he is also legendary for creating the first “Punk Out” show on black radio in the early ‘80s.   As Kent tells it,

“I remember being at a club , and they were playing “Whip It” by Devo. The black teens there were just jumping up and down and going nuts over it. I said, “Hmmm, let me play that on the show.” I did, and it turned out to be one of my hottest shows. So I started playing a lot of white New Wave and rock artists- Pat Benatar, the B-52’s, Depeche Mode, the Vapors, the Tubes – and there was the black group, the BusBoys.” On the air I called this Punk Out music, and, man, it was as hot as any show I’ve ever had anywhere.”

Regrettably, the Punk Out show is only mentioned in passing, but no doubt it was extremely influential in terms of exposing Kent’s African American audience to the punk rock scene, and may have even inspired some young musicians to play rock.

Overall, the book presents a fine overview of Kent’s  career as well as the history of black radio and the music industry, told in a manner one would expect from the Cool Gent.  There is even a forward from Da Mayor himself, Richard M. Daley, citing Kents many accolades, from the “Mayor of Bronzeville” to his induction into the Radio Hall of Fame (the first African American deejay to receive this honor).  Kent’s story makes for a good read and, since its one of the few books chronicling black radio, should certainly be considered by both university and public libraries.

Title: I Want to Take You Higher: The Life and Times of Sly & the Family Stone

Sly & the Family Stone was one of the first fully integrated funk/rock/R&B groups—with black, white, male and female band members playing an equal role.  Kaliss’ book makes for enjoyable reading and highlights a number of areas of Sly’s career that I was not previously aware of, such as his time spent hosting a radio show (if anyone has airchecks, please drop me a line!).  Originally published last year, there is already a revised second edition of I Want to Take You Higher. According to the author, the new edition updates the story in “A Year in the Life” format, following Sly and various band members, among others, from the time of the last interview for the first edition (February 2008) up to the most recent interview with Sly this past February.  In addition, several mistakes in the main part of the text have been corrected.  If you haven’t already picked up a copy of the original, I highly recommend adding this new paperback edition to your book list. 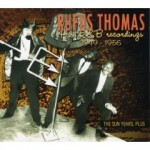