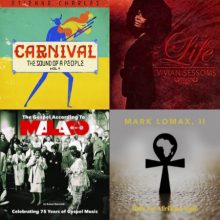 Welcome to the February 2019 issue of Black Grooves, sponsored by the Indiana University Archives of African American Music and Culture. In honor of Black History Month, we’re featuring projects that explore different perspectives of Black life through music.

Jazz-oriented releases include Wadada Leo Smith’s Rosa Parks: Pure Love, an oratorio commemorating the civil rights icon; Mark Lomax’s 400: An Afrikan Epic is a suite marking the 400th anniversary of the beginning of the transatlantic slave trade; Marcus Strickland Twi-Life’s People of the Sun sonically traces the African Diaspora from the past to present; Vivian Sessoms’s Life is the first of a two-part project about the Black experience in America; Etienne Charles’ Carnival: The Sound of a People Vol. 1 celebrates the music of his native Trinidad; and Chicago bassist Pennal “PJ” Johnson combines genres on Pickup Groove.

Also included is the debut album Don’t Tread On We! from the black punk rock band The 1865; The Bookends from blues-rock guitar virtuoso Eric Gales; Siltane from Haitian/Creole artist Moonlight Benjamin; and Malian singer Salif Keita’s Un Autre Blanc that elevates awareness of the persecution of Africans with albinism.

Wrapping up this issue is our list of January 2019 Black Music Releases of Note. 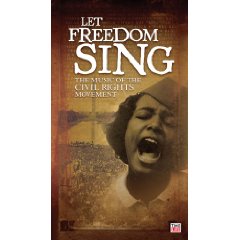