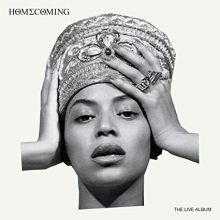 The first African American woman to headline the Coachella festival, Beyoncé received immediate acclaim from fans and critics alike following her April 2018 Homecoming performances. Her concert celebrated Historically Black Colleges and Universities with over 100 dancers, a band, and special guest performers including J Balvin, Jay-Z, and a nostalgic Destiny’s Child reunion with Kelly Rowland and Michelle Williams. This new 4-LP set includes over two dozen songs from the live performances that thrilled over 125,000 concertgoers on those April weekends. 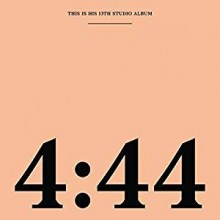 A few weeks back, prior to the announcement of a new record, I had a convo with the homie Langston Wilkins (@StreetfolkLCW) and the topic of Jay-Z came up. I must admit I was wondering essentially “What more does Jay-Z have to say at this point? Unless he was going to focus on, say, a skills-based album, it would almost be a lost cause.” My question was answered in spades with the release of 4:44.

As you may have seen from my review of Tribe’s We Got It From Here, Thank You 4 Your Service, I struggle with the whole “Rap music is a young man’s game” motif.  To be honest, I largely believe that to be the case. I cannot tell you how annoyed I get hearing folks from my generation or prior hounding young people about how “horrible” their music is.  I don’t quite get how people from my generation don’t recognize the cycle at this point. It’s my belief that Migos’ music is simply not made for my generation of rap fans, much the same as it was for rap fans of the generation before me.  Do you really feel like hardcore Whodini fans were really feeling Bone Thugs-N-Harmony like that?  My guess is no, and that’s okay.

Jay-Z’s new album comes into the conversation on a platform of an artist who has achieved “God” status in the game, but hasn’t made “relevant” music in a bit.  While Magna Carta Holy Grail, was definitely better than Kingdom Come, it still did not have the impact of The Black Album. But this is typical of the rap game, as up to this point we have not seen many rappers age and remain relevant on the level of Jay-Z fame. Married to the one of the biggest pop stars of his generation and regularly appearing on the entertainer’s Forbes list, Jay-Z is in a different category as a celebrity. In his case, it almost seems like a risk to put out material that might be seen as lukewarm and/or “safe” in terms of legacy. Luckily for us and Jay-Z, nothing about 4:44 seems “safe” and it thankfully yields impressive results.

4:44 is set off excellently with “Kill Jay-Z,” a track that according to the artist himself was meant to kill his own ego in order to be open on the record: “Cry Jay-Z/we know the pain is real/but you can’t heal/what you never reveal.” This is an artist that recognizes the role he plays as a leader among hip hop fans and does not plan on wasting the platform. This track is followed by “The Story of OJ,” which has garnered a lot of attention due to its  music video containing images of animated black caricatures comparable to those made infamous in pre-1960s America.  Using a Nina Simone sample as a backdrop, the track details how Jay-Z’s thoughts on wealth have changed over the years. In particular, he takes a minute to detail a real estate deal he wishes he’d taken years ago.  These moments illustrate a major focus on the album—Jay-Z is grappling with how to teach the black community at large the lessons he’s learned. You also hear elements of this in the album’s closing track, “Legacy,” which begins with his daughter Blue Ivy asking “Daddy what’s a will?” and Jay-Z discussing what he truly wants his legacy to entail for his children.

A large amount of buzz surrounding the album has centered on the title track “4:44.” The track is Jay-Z’s response to the implication of his affair revealed on Beyoncé’s magnum opus, Lemonade. Jay-Z confirms the suspicions and apologizes for his indiscretions: “I apologize/often womanized/took for my child to be born/to see through a woman’s eyes.” Producer NoID laces Jay properly here with an excellently flipped sample of Hannah Williams & The Affirmations “Late Nights and Heartbreak,” a track dealing with the difficulties of relationships. I’m not sure if there has been a tit for tat on the perspective of active artists detailing their relationship on this level since Stevie Nicks and Lindsey Buckingham during  Fleetwood Mac’s Rumors period.

My favorite track of the album has to be “Smile.” On the production side, it is my favorite beat on the record.  It excellently flips a sample of Stevie Wonder’s “Love’s In Need of Love Today” to amazing effect, accenting Stevie’s clavinet and choir vocals with 808 snares and bass drum hits. This creates a moody setting in which Jigga lets loose on a variety of topics. Speaking to his feelings about his mother’s struggle with her own choices, Jay-Z closes the track with a guest appearance from her that is about as real as it gets. He also addresses his own struggles with public acceptance: “Oh y’all thought I was washed/I’m at the cleaners/laundering dirty money/like the teamsters.” This line felt like a direct response to doubters like myself and trust me, it was heard.

4:44 finds Jay-Z at his most vulnerable on wax in years, yet still with a swagger that is becoming of an elder statesman. The production duties on the album were handled with aplomb by NoID, who after this release will hopefully receive some of the recognition he’s deserved for years.

For all of my “young man’s game” rambling, this is an example of what a “grown man” can do with the artform. Jay-Z’s status allows him to speak and be heard. In return, he uses the platform to not only make great art, but also pass down lessons on the importance of wealth and support of other black people and businesses. 4:44 puts to rest any of my concerns about what over-40 rap artists are capable of.