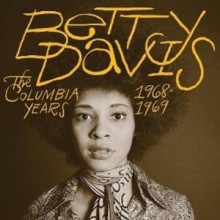 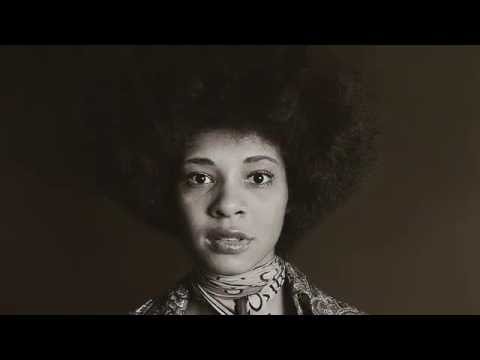 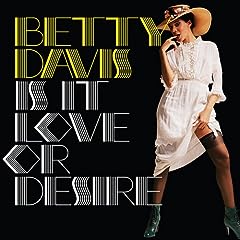 Title: Is It Love or Desire

Label:  Light in the Attic

The central question of Betty Davis’ career can be summarized, without too much over-generalization, as “What’s a nasty gal to do?”  From her eponymous 1973 debut, through her two follow-ups They Say I’m Different and Nasty Gal (also just reissued by Light in the Attic), it’s the theme Davis returned to time and again, even as the NAACP, record producers, and other “advisors” pleaded with her to tone down the “hot mama” angle and present herself in a more commercial (i.e. demure) light.

The question itself is not trivial.  Even today, 33 years after the 1976 recording of Davis’ great “lost” album Is It Love or Desire, American culture struggles with its portrayal of, and reaction to, women who refuse to view their sexuality as merely a necessary prelude to the holy grail of motherhood, or to soften it under the socially-acceptable veneers of “monogamy” or “committed relationships.”  Unsatisfied housewives are “desperate;” older women who date younger men are predators (“cougars”).  Modern American life is about women “having it all” – yes, you too can have a career as a high-powered fashion designer, bring your 6-month-old to work and bounce him on your knee as you look over the fall clothing lineup, and run home in time to cook a 3-course meal for your well-coiffed hubby, all while having your period! – but what happens when what a woman really wants is night after night of sweaty sex?  And, if there is a price to pay, might it not be worth it?

Davis’ opening salvo captures a braggadocio more commonly associated with male blues performers (and their rock ‘n’ roll offspring), while at the same time acknowledging the risk of heartbreak and abandonment inherent in the exploration of her sexual identity: “Lover of many men, I’m too hot to handle, I’m too cold to freeze.”  This is a theme Davis returns to throughout the album in songs like “Let’s Get Personal” and, less successfully, “Whorey Angel.”  The former includes a great, almost absurdist, come-on: “I want you to loosen up and think foolish things, because if you can think them you can have them. And by the way, what is your name?,” while “Angel” explores similar territory less creatively.  Indeed, Davis’ bravado fails to conceal the sense of loneliness that pervades Is It Love.  Surely it’s no accident that the original title was to have been Crashin’ From Passion: “We did it on a bed of roses, and now the daylight comes, and I got the I-don’t-know blues, ‘cuz, uh, crashin’ from passion.”

On Is It Love, Davis is accompanied by her band Funk House, a tight ensemble comprised primarily of musicians from Davis’ native North Carolina who had supported Davis live and in the studio starting with 1975’s Nasty Gal.  What Funk House may lack in name recognition (compared to, say, the heavyweights who played on her debut album), they more than make up for in groove and punch.  Clavinet, wah-wah guitar, and thumb-popping bass lines creep in and out of the mix, and the band shifts easily from the throbbing funk stew of the opening track to the guitar-driven rock-funk jam of “It’s So Good.”  More importantly, though, the band and Davis are also capable of surprising range and delicacy.  “When Romance Says Goodbye” is a stunning portrait of the end of a love affair, with a minimalist bass pulse supporting an acoustic guitar filigree that would not be out of place in a Cassandra Wilson or Norah Jones song.  When Davis sings, “There’s so many things in life he has to deal with. I say to him, ‘I try to be a woman.’  He answers back ‘You’re a woman I can’t sleep with.’  It’s strange the way two people change,” the heartbreak is deep, true, and overwhelming.  “Bar Hoppin'” is another departure from the rock-funk groove, a swinging, boozy paean to hard-drinking and hard-living (“Drink it up, drink it down, bar hoppin’, can’t stop it”) that includes a nice interlude of walking bass and jazzy ride cymbal.  There’s even room for a little psychedelia in “For My Man,” which blends together chicken-scratch guitar; spinning, burbling synth lines; and reverb-laden fiddle from (of all people) Clarence “Gatemouth” Brown, and somehow makes it all fit.

Exactly why Is It Love languished for over 30 years is something of a mystery.  The recording was finished and mastered (the original masters are used for this release), but the tapes never made it to Island Records, Davis’ label, apparently the result of a brouhaha between Davis and the record company.  Davis was clearly fed up with the music industry by this time – “Stars Starve, You Know” is a ridiculously funky rant against Island, the music industry, and anyone else who tries to tone down the Nasty Gal (“They said if I wanted to make some money I’d have to clean up my act.  So I called Miles Davis.  He said, ‘That’s ‘cause you’re a fine black bitch, that’s all of that'”) – and Light In The Attic has done funk fans everywhere a great service by bringing this album back from its undeserved obscurity.  Kudos to the label, too, for including detailed notes and song lyrics (although the librarian in me wishes for a little closer proofreading).  Is It Love or Desire is no throwaway or abandoned, half-finished project.  It’s an album that should have been released 30 years ago, and the missing link in Davis’ discography.