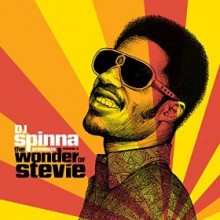 Michael Jackson, Prince, James Brown, and Rick James are all gone, so Stevie Wonder is pretty much all that remains from that bygone era. Enter DJ Spinna  from Brooklyn, who can move butts on the dance floor, whether he’s spinning hop hop, house, funk or soul. That’s probably why promoters book him and he stays in demand. His “Wonderful” parties, devoted entirely to Stevie Wonder, offer fans a bucket list of quintessential songs from the singer/songwriter/keyboardist’s back catalog. DJ Spinna Presents The Wonder of Stevie Vol. 3 is a tribute CD, though it’s not promoted as one, and is offered as an extension of the parties. Disc one flows in a continuous mix, while the tracks on the second disc are unmixed, or separated.

The John Minnis Big Bone Band’s cover of “Love’s In Need of Love Today” was right on time and well needed, with all the turmoil going on in the world right now. He pulls it off by taking an understated approach, realizing the song without trying to do too much. Tony Sherman covers “As,” another track from Songs In the Key of Life and, like Stevie, provides back-up singers that bring that old-school gospel vibe to the song. Stevie Wonder has written so much great material, some of which he gave to other artists to record, like the Quincy Jones track “Betcha Wouldn’t Hurt Me.” Former Temptations lead singer David Ruffin covers “Make My Water Boil (Loving You Has Been So Wonderful),” while BJ Thomas covers “Happier Then The Morning Sun.” Thomas was always a good vocalist and shows what he can do with good material. 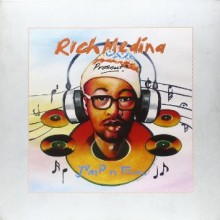 It would be unfair to fault readers who are unfamiliar with Afrobeat. It’s not commercial music and unless you’re a regular NPR listener, the genre might have escaped your notice. Maybe you were one of the lucky ones who saw the musical Fela! –if you were, then you know this music is heavy on horns and bass. If you weren’t, then this CD provides a condensed Afrobeat education. It’s a genre pioneered in the late ’60s by Fela Kuti. Nicknamed “The Black President,” Kuti was to Nigeria what Bob Marley was to Jamaica. Kuti was not afraid to take the Nigerian government to task for corruption and lying to the people, using his music to get social and political messages across. On this two disc set, DJ Rich Medina presents Jump N Funk, a collage of Afrobeat music, titled after the parties Rich Medina helped create and where he still regularly spins Afrobeat classics. These parties never really took off in Medina’s hometown of Philadelphia, but in New York, London, and Miami there is no parking on the dancefloor.

I found it odd that Fela’s son Femi is nowhere to be found on this CD, but Fela’s youngest son, Seun, was featured on two tracks. Disc two opens with the Antibalas, who are one of the biggest Afrobeat acts going today, not counting members of the Kuti family. They open disc two with a live version of “World War IV” at Jazz Café in London, with the lead singer taking the Clinton administration and other world leaders to task. This disc also includes a remake of 1972’s “Soul Moukusa,” a track that early B-boys would use as the soundtrack for popping and locking, while hip hop DJs Kool Herc, Grandmaster Flash and Afrika Bambaataa would cut it up in New York City parks. This remake stays true to the original. Disc one has another remake, Timmy Thomas’s 1973 cut, “Everbody Wants to Live Together,” covered by River Ocean on this set. This sentiment clearly maintains its value in the turbulent times that 2016 has brought.

Back to Seun Kuti. On “Don’t Give That Shit To Me” he says, “Don’t bullshit Africa”—a confrontational stance that shouldn’t put newbies off too much. Even though it is immanently danceable, this is angry political music at heart. Rich Medina appears on two tracks: on disc one’s “Too Much” with Martin Luther & Madlouna, and with Antibalas on “Ja Joosh.”  If ever commercial radio programmers wanted to expose this music to a wider fan base in the US, this radio-friendly cut would be the track to get behind.

Afrobeat isn’t for everyone, but if you like a message in your music, I highly urge you to give Rich Medina Presents Jump ‘N’ Funk a try.