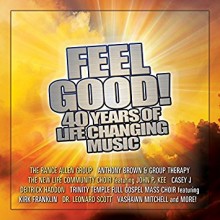 Legacy Recordings has launched a new From the Heart series this month to coincide with Valentine’s Day and Black History Month. Like the previous Beautiful Ballad series released in February of 2007 and 2008, each From the Heart compilation features classic R&B and jazz ballads that have been digitally remastered and come with gift tags affixed to the jewel case.  Among the nine featured artists are Babyface, Miles Davis, Aretha Franklin, Billie Holiday, the Isley Brothers, and Etta James (Frank Sinatra, Air Supply, and Dolly Parton discs are also available). 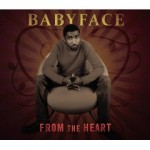 Of course we have to kick this off with Kenneth “Babyface” Edmonds, since he’s an Indiana native (his brother was once a member of IU’s Soul Revue). Babyface was one of the masters of the romantic ballad in the ’80s, and this compilation draws strongly from his early work on the Solar and Epic labels. Included among the chart topping hits is his cover of the Stylistic’s “You Make Me Feel Brand New,” along with a good representation of his original songs, such as “Whip Appeal,” “When Can I See You?”, “Never Keeping Secrets,”and “Everytime I Close My Eyes.” The most recent material is drawn from his 1996 album The Day, including “This Is For the Lover In You,” featuring LL Cool J. 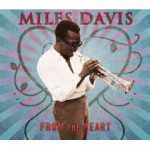 If you’d prefer instrumental ballads, the Miles Davis CD offers them in abundance. As one might expect, selections include “My Funny Valentine” (a rare live version from 1965), “Stella by Starlight” (1958, with Coltrane, Adderly and Evans), and the Gershwin favorites “I Loves You Porgy” and “Bess, You Is My Woman Now” from Porgy and Bess arrangements by Gil Evans. The one rather unexpected track is Cyndi Lauper’s “Time After Time,” which Miles turned into a jazz standard in this 1985 version. 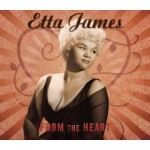 Given all of the attention on Etta James lately, its no wonder that Legacy chose to dust off some of her masters. Most of the tracks are from recordings she made in the last couple of decades, and focus more on jazz than R&B.  If you’re not overly familiar with James, the compilation does show off her versatility.  The CD opens with her first big hit “At Last,” which of course was recently covered by Beyonce in the film Cadillac Records and at one of the inaugural balls (and no doubt will be heard ad nauseam on this season of American Idol).  There is a definite focus on the Great American Songbook, including “My Funny Valentine,” “The Man I Love,” “Night and Day,” and “Come Rain Or Come Shine,” but her R&B side is not completely ignored. Cover versions of Otis Redding’s “I’ve Been Loving You Too Long” and Brook Benton’s “I’ll Take Care Of You” are thrown in for good measure, and certainly don’t disappoint. 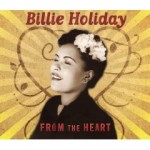 If you’re looking for more jazz ballads, look no further than the Lady Day.  Once again the focus is on the Great American Songbook, and here Billie Holiday launches into her most popular classics, some of which duplicate the Etta James selections.  Most of the recordings were drawn from her 1933-1944 Columbia catalog (issued on the Brunswick and Vocalion labels), and include “Night and Day,” “Summertime,” and “The Man I Love,” along with “Until the Real Thing Comes Along” from her final Columbia session in 1942 (before she jumped over to Decca). 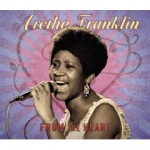 The Queen of Soul is represented by some of her earlier Columbia releases, including “Unforgettable” from the 1964 Tribute to Dinah Washington, and “Misty” from the 1965 album Yeah!!!.  The bulk of the Aretha Franklin CD focuses on her work with Luther Vandross in the early ’80s and features the hit “Every Girl (Wants My Guy)” along with “Love Me Right,” “I Got Your Love,” and “Giving In,” among others. Her collaboration with producer Narada Michael Walden is represented by several tracks, such as the duet with James Brown “Gimme Your Love,” while the final tracks are drawn from more recent albums. 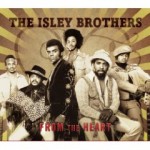 Last but not least is a collection of slow jams from the Isley Brothers, primarily drawn from their T-Neck and Epic albums of the ’70s and early ’80s, and of course including tracks from 1985’s Caravan of Love (the latter officially released under the name Isley, Jasper, Isley).  Some of the biggest hits from this period are represented, such as “Don’t Say Goodnight (It’s Time For Love),” “Choosey Lover,” “Lay Lady Lay,” and “Let’s Fall In Love (Parts 1 & 2).”
Now that’s got to be enough to put anyone in the mood for Valentine’s Day! None of these are by any means definitive compilations, but for the most part they include a well-balanced mix of romantic favorites, and the CDs will certainly last longer than flowers or a box of chocolates. Buyers should note, however, that some of these compilations have been previously released under alternate titles.