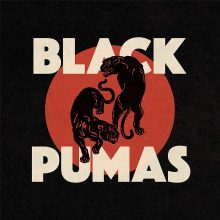 Already hailed as a breakout band of 2019, the Austin-based duo Black Pumas just dropped their self-titled debut album. The group is the brainchild of Adrian Quesada, former guitarist with the Latin funk band Grupo Fantasma, who began assembling tracks in his studio before seeking a lead singer. Friends connected him with Eric Burton, a California native and recent Austin transplant, whose vocal prowess is rooted in the Black church and honed in musical theater. To say the two musicians hit it off would be an understatement; Burton’s songwriting skills complimented Quesada’s production experience and they shared a musical vision. The duo’s chemistry is apparent on every track, and with the addition of an ace backup band they appear unstoppable, with solid bookings through the end of the year. The opening track and first single, “Black Moon Rising,” provides a taste of their distinctive brand of soul, which draws heavily from the past but is equally grounded in the present: END_OF_DOCUMENT_TOKEN_TO_BE_REPLACED