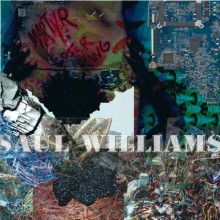 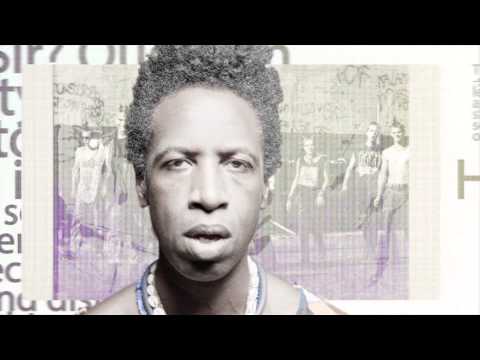 On this, their eighth studio album, Grammy Award-winning artists The Roots once again prove their ability to continually reinvent their sound while retaining a sharp and heady approach to hip-hop. Philadelphia’s finest expand on their collaborative tradition with what drummer and producer ?uestlove calls the “Noah’s Ark 2 of every animal” approach: they feature at least two guests on nearly every track. Newcomers Chrisette Michele and Wale join some of the Roots’ longtime friends–Common, Mos Def, and Talib Kweli–and other Philly veterans including Dice Raw, DJ Jazzy Jeff, Peedi Peedi, P.O.R.N. and Truck North.

While these guests provide multiple perspectives for the Roots Crew’s angrily conscientious vibe, ?uestlove and the production team underscore an uncompromising critical urgency with dark, buzzy synths and hammering beats. This is nowhere more evident than in the title cut. After an opening track that documents a heated argument among band members, “Rising Down” sets the tone for the rest of the album. It’s a diatribe about everything from the diamond trade and greenhouse gasses to pharmaceuticals and racial stratification. The chorus mourns, “You don’t see that something’s wrong? Earth’s spinnin’ outta control! Everything’s for sale, even souls; someone get God on the phone.” They don’t relent on the following track, either. On “Get Busy,” ?uest lays down a thunderous boom-bap under Black Thought’s critique of political corruption, which gives way in subsequent verses to a toasting war between Dice Raw and Peedi Peedi.

That’s just how “Rising Down” begins. “Criminal” asks probing questions about police corruption. “I Will Not Apologize” situates this critical stance within Fela Kuti samples, which begs questions about whether Fela’s fascination with Black Power in the U.S. could have created a sustainable Afrobeat Illadelphia sound (had he lived just a few years longer). “I Can’t Help It” opens up a harsh evaluation of modern minstrelsy in hip-hop just before “Singing Man,” which levels a dual critique on minstrelsy and the perception of terror. The latter speaks from three distinct first-person perspectives: a Columbine/Virginia Tech-style school shooter, a child soldier (with compelling parallels to a young gang member), and a suicide bomber.

After one last lament on “Lost Desire” that compares gang-raised kids to child soldiers, Dunbar’s proverbial mask goes back on for “The Show.” Black Thought, Common, and Dice Raw exchange more rants on minstrels and society here, this time in a more resilient and hopeful tone. Dice Raw asserts, “I’m the Ernest Hemmingway of B-boy poems, they can never take the pen away I’m LeRoi Jones,” tipping his hat to one-time Roots collaborator Amiri Baraka. The Crew finishes the record with vocalist Chrisette Michele and D.C. rapper Wale on the appropriate bookend, “Rising Up,” which features some hypnotic go-go breaks in homage to the ill-fated D.C. style.

The Roots craft their Vollmann-inspired aural assessment of worldwide structural, symbolic and physical violence with such artistry that I hesitate to mention the less convincing tracks. Self-conscious segues aside, ?uestlove’s liner notes contextualize “@15” and “75 Bars” so well that it’s worth quoting him on why they didn’t end up on the cutting room floor: “sometimes you get angry as f#$%, and you wind up venting on the very things you love.” Fair enough. The tightness of the rest of the record means he wouldn’t have had to explain why the pop-ish “Birthday Girl” got relegated to iTunes.

The Roots have historically been banished to the “alternative rap” category for daring to think critically in hip-hop. “Rising Down” embraces another self-exile from MTV and the pop charts in favor of artistic integrity. These self-proclaimed “gentlemen of an extraordinary league” have once again created something too intellectual for dance parties. For all of their “peoples who understand and truly recognize,” this will be a welcome addition to the annals of music and literature by modern black intelligentsia.

Following is a video clip featuring interviews with Root’s members about the making of the album: