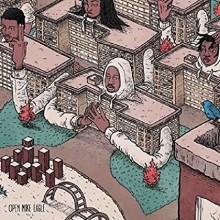 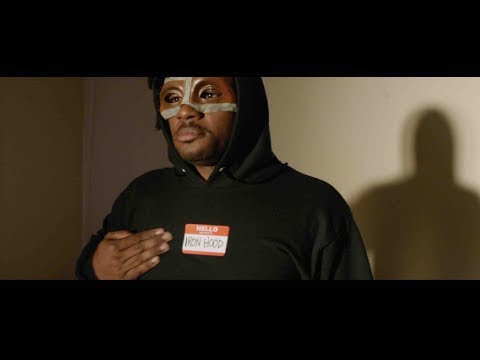 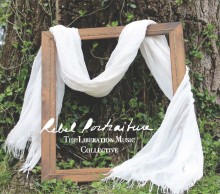 In early November 2007, the Black Film Center/Archive at Indiana University invited filmmaker donnie l. betts to campus to screen his award winning documentary Music is My Life, Politics My Mistress: The Story of Oscar Brown, Jr. The film, six years in the making, chronicles Brown’s entire life and career. It is not only a loving portrait and celebration of the man and his work, but also an honest depiction of his faults and failures.

Oscar Brown, Jr. was born in 1926 to college educated parents. His father was an influential lawyer in Chicago. Brown recounts how the sounds and songs he heard coming from the streets growing up in the Bronzeville neighborhood of Chicago influenced his life, his politics, and his work. He was supposed to follow in his father’s footsteps and become a lawyer but once he started getting praise and attention for his singing and songwriting, he knew he would never become a lawyer. Brown saw his music and poems as a way to not only entertain, but to also comment on the good and the bad he saw in the world.

Brown’s performing career began at the age of 15 when he got a part in a radio series with Studs Terkel. He continued in radio before entering politics and working with the meat packing union in Chicago. After a brief stint in the Army, which is an interesting story, Brown tried selling real estate but he spent too much time writing. It was during this time he began writing the musical Kicks and Company. At the same time Brown was working on the musical, his first album Sin and Soul was released to positive reviews. The film examines the promise and ultimate failure of the musical in detail and includes audio from Brown’s appearance on the Today Show with Dave Garroway to raise money to stage the musical.

Despite the failure of Kicks and Company, Brown’s career continued to prosper and diversify. He began writing lyrics to jazz songs. He collaborated with Abbey Lincoln and Max Roach on a work that eventually became the “Freedom Now Suite” – another interesting, and for Brown, a disappointing episode in his life. In the late 1960s, Brown began working with members of the Blackstone Rangers, a gang from the South Side of Chicago, in an attempt to help get them away from a life of crime. Brown and the Rangers produced a musical review entitled Opportunity Please Knock and footage of their appearance on the Smothers Brothers television show is included in the film. One of the poignant moments in the film is when Brown runs into two former Rangers, now adults, on the street on the South Side of Chicago and they give an impromptu performance.

In the mid 1970s, Brown stopped recording because he felt the record business was more concerned about selling records than they were about the content of the records. He didn’t record again until the mid 1990s. During the 20 years he didn’t record, he continued to be an activist for various causes and continued to write poems, music, plays and musicals.

The documentary highlights Oscar Brown’s successes, his personal excesses – such as his marijuana use, and his failures. Brown was married three times and fathered six children. His children speak lovingly but honestly about their father. Another poignant moment in the film is when Brown and several family members talk about the death of his son, Oscar Brown III, who was killed by a drunk driver in 1996. It is apparent the death of Oscar Brown III, a talented musician himself, is still very painful for his father and family.

One of the strengths of the documentary is the footage, some archival and some contemporary, of Brown performing his poetry and music. The performance clips wonderfully illustrate Brown’s breadth of talent and the expanse of his work. Archival footage includes excerpts from performances of the “Work Song,” “But I Was Cool,” and “Dat Dere.” Excerpts from contemporary performances include “Watermelon Man,” “Forty Acres and a Mule,” “Woman,” and “Bid Em’ In.” The documentary ends with a powerful new performance by Brown of “Rags and Old Iron” in the alley behind the home where he grew up in Chicago.

Another strength of the documentary is the stories and commentary provided not only by Brown himself, but by his colleagues, collaborators, and admirers. Among those interviewed are Nichelle Nichols, an original cast member in Kicks and Company, Abbey Lincoln, Amiri Baraka, Studs Terkel, and Charles Wheldon. While the documentary adequately examines Brown’s work and his influence on his contemporaries, it would have been nice to hear from younger artists, especially rap and hip hop artists, who may have been influenced, knowingly and unknowingly, by Brown’s music, poetry, and activism.

There are some interesting “extras” included with the film. “The Final Act” includes performances of “Autumn Leaves” and “The Beach” along with footage of Brown’s family and friends at the hospital saying goodbye to him and reminiscing about him after he died on May 29, 2005. Another “extra” is footage of four “bootleg” performances. Unfortunately, the sound is not very good for these performances with the exception of “People of Soul” which was performed on The Tavis Smiley Show in February 2005. The last “extra” includes interview footage with Brown’s daughter Donna, Jean Pace Brown’s daughter Miko, and Ted Lange, who talks about his experience as one of the original performers in the musical Big Time Buck White.

Along with the film, which runs 1 hour and 50 minutes, there are two bonus CDs. One CD contains full length live versions of thirteen songs. Twelve of the songs are excerpted in the film. Unfortunately, “Dat Dere,” “Hazel’s Hips,” and “Mr. Kicks” are not included on the CD. The thirteenth song is “People of Soul” which Brown performed on The Tavis Smiley Show. The second CD contains contemporary full length versions of poems, some of which are not included in the film.

Music is My Life, Politics My Mistress: The Story of Oscar Brown, Jr. is a wonderful documentary. For those who have never heard of Oscar Brown, Jr., it is a great introduction to a remarkable artist. For those who already know of his work, it may be an opportunity to learn new things about the man and become reacquainted with his work. Regardless, the documentary gives recognition and documents the life of an artist who should be studied and remembered.

To purchase the three disc set, contact filmmaker donnie l. betts at: dlbetts@nocredits.com. For more information about the documentary, visit the official website.