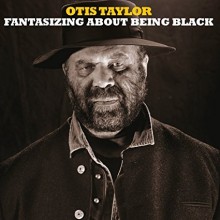 Title: Fantasizing About Being Black

Describing his music as “trance blues,” Taylor aims to transport the listener to an earlier era by incorporating instruments that were once played by enslaved people. The album opens with “Twelve String Mile,” a contemplative song about the social invisibility of the black man in the 1930s. This leads into “Walk on Water,” a song about the separation of an interracial couple and the pursuit of love. Taylor’s raspy, yet solemn vocals are accompanied by violinist Anne Harris, drummer Larry Thompson, bassist Todd Edmunds, Jerry Douglas on koa wood lap guitar, cornetist Ron Miles, and lead guitar player Brandon Niederauer. While much of this meditative album is acoustically composed, Taylor also includes electrifying spiritual songs such as “Tripping on This” and “Hands On Your Stomach”:

Taylor addresses the Civil Rights Movement, interracial relationships, the desire for freedom, and enslavement experiences in Fantasizing About Being Black. Each song reimagines what life was like for black men and women throughout different stages in America’s history. Taylor also uses this platform to call attention to pervasive racism and the need for empathy for people of color who continue their struggle today. Taylor’s last album, Hey Joe Opus/Red Meat, is currently on display at the Smithsonian Museum of African American History and Culture—a clear indication that his message is reaching a wide audience. Fantasizing About Being Black clearly continues Taylor’s commitment to social justice, and is an excellent contribution to this year’s Black History Month. 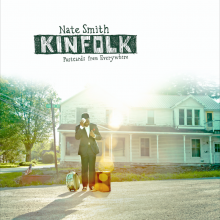