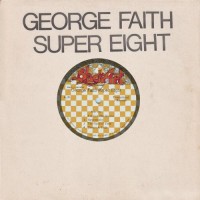 In 1977 Lee ‘Scratch’ Perry’s career was at its apex—artistically if not commercially. Between 1976 and 1977 he had released War in a Babylon with Max Romeo, Scratch the Super Ape (aka Super Ape), Party Time (with the Heptones), Police and Thieves (with Junior Murvin), and Heart of the Congos (with the Congos). All would eventually be acknowledged as classic roots reggae and dub works. But Island Records wasn’t promoting the releases to Scratch’s satisfaction and in fact Island president Chris Blackwell had declined to distribute Heart of the Congos and a few other releases at all, though they paid Scratch for fulfilling his contractual obligation and allowed Perry to pursue other distribution venues. But without Island’s worldwide reach, sales were minimal and the albums hard to find in many markets, especially in the U.S.   Blackwell later said that he had failed to appreciate Perry’s work from this time, but defended his decision as a good business judgment. Perry, and other Jamaican artists signed to Island at the time, suspected that Blackwell was pulling back on his efforts on their behalf to clear the marketplace for Bob Marley. Blackwell’s defense was that Marley was already reaching a wider market than the others and Island was doing the fiscally sensible thing by directing their promotional efforts to Marley.

One title Island refused to distribute was Super Eight, a collection of love songs and ballads reworked for reggae crooner George Faith. Released in Jamaica on the Black Art label and elsewhere on the Black Swan label as To Be a Lover, this collection went unreleased on CD until 2003’s Hip-O select limited edition. The To Be a Lover version had a different playlist and slightly different song titles from the original, but now Trojan has released a remastered CD of the original package.

Faith’s vocals float in and out of the mix throughout the album, and Perry utilizes the full range of studio tricks and techniques available at his homemade studio, the Black Ark. Perry himself (along with Skully) contributes layer after layer of percussion tracks, playing sticks, hand drums and who knows what else, while the main instrumental track bubbles along in a smoky, swampy mix that is the epitome of his signature Black Ark output. The studio mixing board is truly the lead instrument here, with Perry utilizing phasers, echo, and delay throughout. Oddly for roots reggae, discographical notes are fairly comprehensive on this album. Reggae stalwarts including Ernest Ranglin (lead guitar), Sly Dunbar (drums), “Deadly” Hedley Bennett (horns), Glen Da Costa (horns), and Boris Gardiner (bass) are featured, as are the Diamonds and the Meditations who provide backing vocals.

Gardiner’s stellar performance demonstrates why he deserves recognition, along with Robbie Shakespeare and Aston “Family Man” Barrett, as the best bass players in reggae, a music where the bass guitar is the customary lead instrument. Perry mixes their performances in his inimitable Black Ark style, boiling the mix down to an audio stew both languid and forceful. The totality of the instrument tracks are often melded together so completely that the only identifiable individual instrument is Gardiner’s booming bass, which the new digital mix emphasizes to the fullest. The overall sound was probably only attainable at the Black Ark, where Perry’s jerry-rigged equipment and his odd practices—like rubbing baby oil into the mixing board and blowing ganja smoke into the tapes as they turned—contribute to a dreamy quality that helps to transform, for instance, the Paul Anka chestnut “Diana” into a psychedelic reggae tour de force.

The set list includes: I’ve Got the Groove ; Opportunity ; Turn Back the Hands of Time ; Gonna Give Her All the Love I’ve Got (aka There’s a Train) ; In the Midnight Hour/Ya-Ya (medley) ; I Forgot To Be Your Lover (aka To Be a Lover) ; Diana ; So Fine.