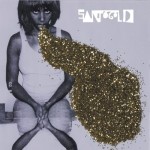 The eponymous solo debut from Santogold has attracted a lot of buzz for its infectious beats, fresh blending of diverse genres – and enough debate over what to call Santogold’s style to raise significant questions over the racial politics of genre labeling in the music industry. Online retailers such as iTunes and much of the press have lauded Santogold (aka Philadelphia native Santi White) as a rising star of hip-hop, rap, and/or R&B, largely because she is young, black, and talented. The only problem? Santogold herself doesn’t identify her music with those genres. In a recent interview in The Lipster, she complained, “It’s totally racist. Everyone is just so shocked that I don’t like R&B. Why does R&B keep coming into my interviews?”[1] (Whatever she may protest, however, it’s worth noting that Santogold wrote and produced an album for alt-R&B artist Res in 2001).

Here Santogold talks about her influences, stylistic blending, and the inevitable comparisons with M.I.A.:

Santogold’s musical career certainly points to alternative, rock, and punk leanings. She has a music degree from Wesleyan University, worked as a rep for Epic Records, was frontwoman for the Philadelphia punk-ska band Stiffed, and has toured with Coldplay and Björk. The sounds she presents on Santogold cover a wide stylistic spectrum, including New Wave, dub, ‘80s pop, punk, rock, reggae, and yes, even hip-hop. She seems to switch from one musical personality to another with each new song, bringing up inevitable comparisons to other female artists. The jungle drums, video game synths, and hip hop bravado vocals on “Creator” suggest M.I.A. (who shares Santogold’s producers Diplo and Switch), while “My Superman” channels the slinky dark bass and New Wave growl ‘n wail of Siouxsie & the Banshees. Santogold’s gift for catchy pop emerges in “Say Aha,” reminiscent of the ‘80s bop of Cyndi Lauper, and the ska-touched “You’ll Find a Way” sounds like a lost Gwen Stefani track from No Doubt’s peak. By contrast, “Lights Out” has an easy guitar-driven rock sound with coolly detached vocals similar to Liz Phair around the era of whitechocolatespaceegg.

None of this is to suggest that Santogold’s chameleon sound is derivative. She moves between styles and genres so effortlessly that these similarities seem more like evocations than imitations. The lyrics reflect her own journey as an artist, often dealing with maintaining identity and integrity in the industry-ruled performing world. In “L.E.S. Artistes,” Santogold decries the pretention of New York hipsters (“L.E.S.” stands for “Lower East Side”), while also questioning her own choices: “I can say I hope it will be worth what I give up / If I could stand up mean for all the things that I believe.” On “Creator,” she boasts “Got no need for the fancy things / All the attention that it brings / Tell me no, I say yes, I was chosen / And I will deliver the explosion.” Blended with her narrative voice are eclectic blends of electronic and acoustic textures, a clear understanding of how to craft a successful pop hook, and some eminently danceable beats. It’s no surprise that there isn’t a genre term to describe Santogold’s sound-this is the root of both her industry-labeling conundrum and the appeal of her music.