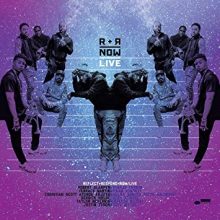 “R+R stands for Reflect and Respond,” says Glasper. The idea for R+R=NOW revealed itself to the artist while he was co-producing Nina Revisited, the soundtrack for the 2015 film What Happened, Miss Simone? R+R=NOW is a response and a push back against issues that people face in our current political and economic climate. Glasper believes we can “clap back” against the horrors of our current society through “immediacy, skill, and heart,” but also by leading with love. No different from Glasper’s purpose driven name for this adventure are the musicians who make up the collective. The band features a cast of multiple Grammy and Emmy award winning instrumentalists including Robert Glasper as the brainchild and musical director, Terrace Martin on synthesizer, vocoder, and alto saxophone, Christian Scott aTunde Adjuah on trumpet, Derrick Hodge on bass, Taylor McFerrin on synthesizer, and Indiana native Justin Tyson on drums.

After the release of their debut album, Collagically Speaking, in October 2018,Glasper and the R+R=NOW collective settled into the Blue Note Jazz Club in New York City for a month-long residency. Their new album, R+R=NOW Live, is full of music performed not just to entertain but to help guide one’s mind to a liminal space beyond our society’s current issues. It is within this liminal space where one can begin to think about how they can and should “Respond” to these issues in a way that leads to real and tangible change.

Songs like “Change of Tone,” which becomes unbearable to listen to at certain points due to the excessive and outer rhythmic piano chops, perhaps mirrors how most of us felt during the 2020 pandemic as communities all over the nation arose in anger, frustration and fear of the many changes we endured around the world. Eventually, the piano is forced back into harmony and falls into the groove. Perhaps Glasper is musically portraying how our society might find its way back to a peaceful existence, but hopefully after creating much needed changes while in this state of chaos.

Other standout tracks on the album include a cover of Kendrick Lamar’s “How Much a Dollar Cost,” co-written by Terrace Martin, and the 25 minute 21second “Resting Warrior,” which is truly like a Basquiat painting personified. This very expansive piece is complex yet heartfelt and will be understood by those who have inhabited the same spaces as these artists. Needless to say, R+R=NOW’s Live requires headphones and a comfortable seat, because this album simultaneously offers human advocacy and much needed therapy.