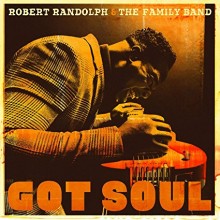 So in the interest of full disclosure, I’ll let it be known that I am a longtime fan of Robert Randolph & the Family Band. I became aware of the band sometime around the early 2000s when they performed at the Grammy Awards as part of an all-star funk jam with members of Parliament-Funkadelic, Earth, Wind & Fire, and Outkast, among others. The band had just released their debut studio album Unclassified, which showed great potential for where the band could go with their recorded material. Of course, albums are just one metric by which to judge a band; the other (and arguably more accurate) metric is their live performances.  Masters of the jam band aesthetic, Robert Randolph & the Family Band have toured steadily for the last 15+ years. I’ve had the pleasure of seeing them multiple times, and love seeing the band live, in their element.

I bring up these two specific metrics because the dynamic between the two can at times be difficult to reconcile. How does the band take the kinetic energy of their live show and “bottle it” in a studio environment without losing some of what makes them so great? Robert Randolph & the Family Band has grappled with this challenge on their four previous studio albums, with various degrees of success. In my opinion, Unclassified best captured their live aesthetic, while We Walk This Road (2010) best captured their “focused studio album” potential. The band’s fifth album, Got Soul, finds them seeking that oft elusive balance once again.

The album opens with the title track which sets the tone for the album, with an upbeat and lively groove and Randolph’s signature pedal steel guitar front and center. This track is all but guaranteed to go over well live. Near the end of the track the band goes into a gospel breakdown that leads into the next song, “She’s Got Soul,” which really, really is a peek at the band at their best. “She’s Got Soul” also features Anthony Hamilton, who adds his signature vocals to the track, while Randolph contributes an excellent pedal steel solo. Darius Rucker appears on “Love Do What It Do,” and he is a great match for the group on this song: 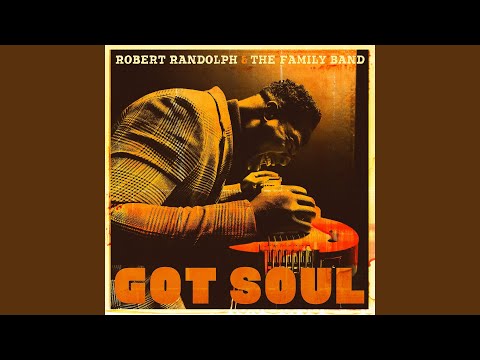 The album also includes a cover of the Isaac Hayes & David Porter penned “I Thank You,” originally performed by Sam & Dave. I’m a complete sucker for the song in general (the Bar-Kays do a great funky rocked version), and Robert Randolph & the Family Band do not disappoint with their version. The track “Be the Change” unfortunately highlights one of the weaknesses of the band’s material. Randolph himself is credited with writing several of the tracks, and while the music is typically strong, it is somewhat bogged down by the lyrical content. I would love to see Randolph partner with more experienced songwriters like he does on “Lovesick,” which does a better job at matching their great instrumentals with well written lyrics.

One standout track is “I Want It,” which finds the band, including the excellent Lenesha Randolph, sharing vocals ala Sly & The Family Stone; however, at this point I realized I hadn’t yet heard former bassist/vocalist Danyel Morgan. Adding his falsetto to the mix was the only thing that could’ve made the track better for me. Robert Randolph has a killer pedal steel solo at the peak of this track.

Also included are a couple of the band’s signature instrumental tracks—“Heaven’s Calling” and “Travelin Cheeba Man”—the former would have fit perfectly with Randolph’s side project The Word and the latter would feel at home on Unclassified. Both are very enjoyable.

All in all, Got Soul does not completely overcome the challenge of balancing the energy of live performance with the focus of a studio album, but like many of the band’s prior studio releases, there are moments spread throughout where that balance can be heard. I look forward to hearing these new tracks in a live performance if I can catch Robert Randolph & the Family Band on tour this summer.