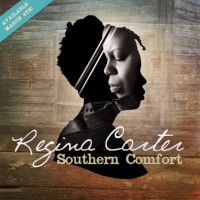 Detroit jazz violinist Regina Carter has never failed to delight us in the past with her wide-ranging explorations of genres. On her latest album, Southern Comfort, she continues this tradition, effortlessly slipping into the realm of folk and bluegrass music as she traces her father’s roots. Based on research into music collected by the Lomax family and John Wesley Work III, Carter strives to replicate the raw beauty and emotional impact conveyed by these field recordings. Her arrangers have done an excellent job, providing Carter and her band with a cohesive set of tracks, primarily based on traditional tunes but also including a few of country charmers of recent vintage such as “Honky Tonkin’” by Hank Williams and Gram Parson’s “Hickory Wind.” 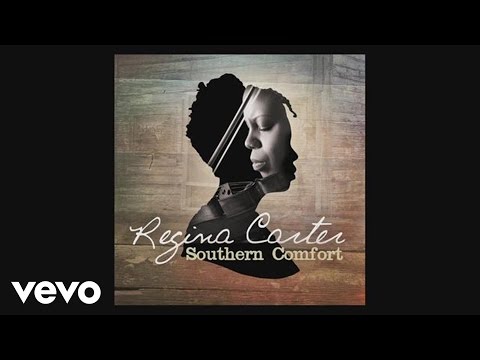 Delving into the pathos of Appalachia, the album begins with “Miner’s Child,” a traditional fiddle tune that calls to mind John Sayles’ film Matewon. Other highlights include the hoedown “Shoo-Rye,” the Cajun instrumental “Blues de Basile” (originally recorded by Dennis McGee with African American accordionist Amédé Ardoin), the bittersweet “I’m Going Home,” and the only track with vocals, “I Moaned and I Moaned” which takes us to church complete with fervent handclapping before seguing into a rock guitar and violin duet between Carter and Marvin Sewell. Other musicians include Jesse Murphy on bass, Will Holshouser on accordion, and Alvester Garnett on drums.

Fans of Carter as well as those who enjoy the music of groups like the Carolina Chocolate Drops will appreciate Southern Comfort and the contemporary renditions of these traditional gems.