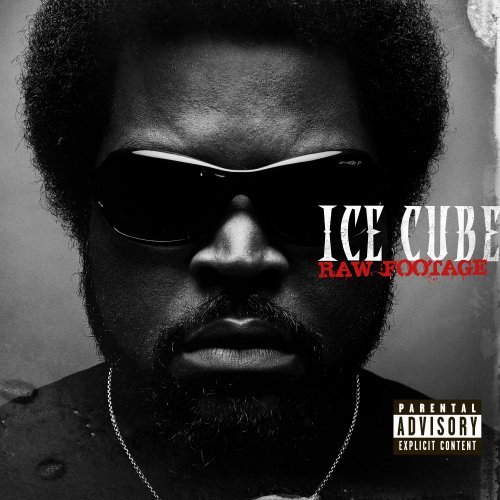 Ice Cube is influential. He knows it. He is fully aware of his music’s effect. Remember 1988, when N.W.A.’s “Fuck the Police” incited panic attacks among non-listeners everywhere? As one of the founding fathers of gangsta rap, Ice Cube embraces the power of his rhymes and isn’t afraid to use them to spread his gospel. After all, according to “It Takes a Nation,” he’s been rapping for 22 summers and knows the influence his music has. So, cover your kids’ ears, because he objectifies women and advocates violence, right? Actually, no. Scratch the surface of Raw Footage and a clear message emerges: don’t be what people expect you to be.

Exemplifying this attitude is the first single, “Gangsta Rap Made Me Do It,” which is a scathing, ironic rejoinder to all those who blame the genre for school violence, the Iraq war, drug problems, global warming, and whatever else seems to be the hot-button topic these days. The track is catchy and the lyrics are thought-provoking, often citing recent political or social controversies: “If I call you a nappy-headed ho, ain’t nothing to it – gangsta rap made me do it.” The music video (available uncensored on Ice Cube’s official website) would make Michael Moore proud: Ice Cube’s rapping is interspersed with footage of O.J. Simpson, the Bushes Jr. and Sr., victims of Hurricane Katrina and its aftermath, Dylan Klebold and Eric Harris, and dozens of other incendiary clips that seem to pop up at the most appropriate moment in the lyrics.

Other tracks, such as “It Takes a Nation,” “Hood Mentality,” and “Stand Tall” are more straightforward but no less provocative. Ice Cube warns his listeners not to fall victims to the system, not to rely on No Child Left Behind for an education, and to break away from low expectations set by outsiders. The lurching beats and Ice Cube’s fiery delivery in “It Takes a Nation” beg to be played at top volume, while the ’70s-style synth brass and Hammond organ underscoring “Stand Tall” are eloquently juxtaposed against a very 21st century message. While not as politically charged as some other tracks, “Here He Come” (featuring Doughboy) and “I Got My Locs On” (featuring Young Jeezy) are crisply engineered. “Thank God” and “Get Use To It” (featuring W.C. and The Game) will still blow the roof off clubs with their catchy choruses and pumping beats.

In case listeners aren’t prepared to listen to Raw Footage actively, Ice Cube enlists Keith David to deliver spoken soliloquies throughout the album. David, of Ken Burns’ documentary fame, has a voice as distinctive as it is attention-grabbing, and his frequent interludes will snap wandering ears back to attention. Of course, Ice Cube could certainly keep listeners enthralled all by himself, but in delivering a message as sharp and contemporary as he does in this album, it can’t hurt to call in some backup.

The album is as richly textured as it is contemporary in its message. After gangsta rap and its followers have incited and been blamed for inciting so many reactions and so much negativity in the last twenty years, it is refreshing to hear one of its high-ranking members respond. In Raw Footage, Ice Cube bites back. And it feels so good.