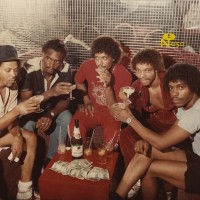 Fitting Prince’s luxurious persona, this Numero Group excavation of Twin Cities future-funk spares no expense. The decadent 4 LP box set clocks in at an exhaustive two hours and twenty minutes, giving Numero’s signature star treatment to the predecessors, friends, collaborators, rivals and spawns surrounding the rise of “The Purple One.” The content here is 32 tracks of dance music, still glittering from the disco era, but also feeling the early tremors of hip hop. It doesn’t have the consistent strength of Numero’s releases on the Eccentric Soul series, nor the fiery rawness of their Good God! installments, but to view this compilation from a purely qualitative standpoint would be to miss out on its true value. 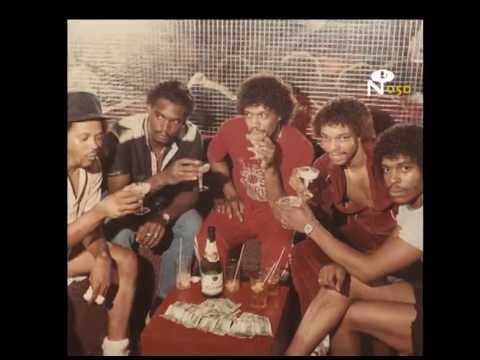 The Prince sound did not merely appear in one great stroke of synthy, creative genius. It was the result of years of innovation, and of a community embracing new technology with absolute abandon. In the land of 10,000 lakes, the lack of widespread opportunity for the black music community in the late ‘70s resulted in fierce competition, but also in a blurring of personnel, a borrowing of ideas, and a cultivation of a civic musical identity. The Minneapolis sound found early support in small towns and smaller radio stations in the United States, but the local artists and labels at the time lacked the reach and distribution network needed to meet any real outside demand. What resulted seemed to be a buildup of musical expression, bursting at the seams to be heard. When a man named Prince Nelson shopped his demos to Los Angeles labels in 1977, the tipping point was reached and the Minneapolis sound came roaring out to every corner of the nation. Unfortunately, Prince was so overwhelmingly ubiquitous, so definitive, that his velvety shadow irreparably damaged the careers of some of his contemporaries back home. Artists like Sue Ann Carwell were clumsily marketed as a female complement to Prince, contributing to the flop of her 1981 debut. Prince’s monumental success sent A&R reps scurrying north to find the next luminary, an artist that would once again revolutionize the genre, all the while failing to realize the potential in the earnest swagger of The Lewis Connection, or the otherworldly stylings of Flyte Tyme.

The length of this collection is a bit fatiguing at times. The jangly production mixed with the nubile exploration of technology means things don’t always hit the mark. But make no mistake, it’s far from lacking in highlights. There’s Herman Jones’ “I Love You,” which perhaps more than any other track on the compilation sums up Prince’s aura: deadpan sexiness coupled with a wry self-awareness. “You’re All I Need” by Michael Dixon and J.O.Y. is another high point, providing a sunny, top-down jam that brings a call and response gospel tinge to carefree funk before coming to an beautifully unexpected, sputtering end. The Lewis Connection contribute two great tracks to the box set and have an entire reissue of their own available on the Numero subsidiary ‘Numero Jr.’ And all this is to say nothing of the physical packaging itself. Just the fifty glossy pages of comprehensive documentation alone make this compilation worthwhile. The photographs are spectacular, from the glory of homemade alien costumes to the hilarious seriousness of a bunch of oiled up dudes making eyes at the camera.

Sure, the content doesn’t always measure up to some of Numero’s more popular series, but it is an unfair comparison. This is not simply a soul-funk treasure trove. Numero lovingly labors to weave a historical narrative chronicling a specific brand of funk, and if the synthetic sounds of the ‘80s clash with your aural appetite, then maybe you should skip this one. But sub-genres aside, these artists are exactly the type the Numero Group espouses—the underappreciated and overlooked; the have-nots and should-have-beens. The Twin Cities are home to one the most essential artists/scenes in funk history, and Numero Group has crafted a lush tribute to those instrumental in its development. The finest reissue label in the business shows us the value in looking to smaller stages for artistic contributions lost to the annals of history, cloaked in shadows of Purple.