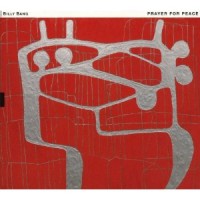 “We do not need war, any kind of war, especially within our homes, our families, our loved ones . . . Our misguided sadness creates inner conflict and self-confrontation, which is a terrible and appalling way to live . . . Peace is inner silence, a quiet mood of stillness and calm, a feeling of tranquillity . . .  a moment to listen to a “Prayer for Peace.””—Billy Bang
–
–

The jazz violinist and composer Billy Bang is back after a three year hiatus with his new album Prayer for Peace, released on the Finnish label TUM Records. This album, originally recorded in August 2005, is the first CD featuring Bang’s regular working band—a  quintet composed of James Zollar (trumpet and flugelhorn), Todd Nicholson (bass), Andrew Bemkey (piano) and Newman Taylor-Baker (drums) —that has been together for the last five years. Coalescing around “master violinist” Billy Bang, these four musicians are active members of the dynamic New York scene. Milton Cardona (conga, percussion) and Joe Gonzales (bongos, percussion) also appear as guest artists on two tracks.

Prayer for Peace follows two albums reflecting on Bang’s experiences as a soldier during the Vietnam War (Vietnam: The Aftermath, 2001 and Vietnam: Reflections, 2004), and the live album Above and Beyond: An Evening in Grand Rapids (also featuring Todd Nicholson and Andrew Bemkey) released in 2007 on the Justin Time label.

A skillful combination of different influences and styles, Prayer for Peace reflects the personalities and experiences of each band member. The album includes two arrangements and five of Bang’s own compositions that present both the progressive jazz aspirations and traditional swing references of the musicians. The band also delves into Latin jazz through the song “At Play in the Fields of the Lord” and “Chan Chan,” one of the most popular standards of Cuban music. “Only Time Will Tell” and “Jupiter’s Future” are, respectively, tributes to one of Bang’s most recognizable inspiration sources, the violinist Stuff Smith, and to his spiritual mentor Sun Ra. These compositions are evocative of Sun Ra’s final sessions with Bang, John Ore and Andrew Cyrille on the homage album A Tribute to Stuff Smith (1993).

The centerpiece of the album, “Prayer for Peace,” is a 20 minute work that is simultaneously emotional, intensive, sweet and powerful—portraying Bang’s long standing hope for peace which he believes is “what the world needs more right now, other than Iraqs and wars, no more Vietnams.”

The Billy Bang Quintet has developed a deep partnership that allows the musicians to marry their different sensibilities into an impressive whole, a jazz embedded in traditions and yet also innovative.  This maturity and cohesion is evident throughout Prayer for Peace, resulting in a very satisfying and provocative listening experience.