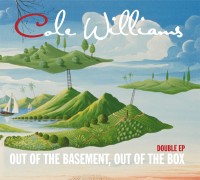 What I first noticed upon listening to both EPs is that each has a distinctive sound, possibly reflecting the fact that she works with two bands:  That’sMyCole (soul/reggae/ska/rock) and People’s Champs (an afro beat/rock/soul hybrid). Of the two EPs, Out of the Basement, Out of the Box has a much heavier reggae orientation, while  Out of the Basement, Part 1 is more aligned with neo-soul and rock throughout, as is evident in the songs “Little Me,” “Why,” and “Selfish.”

Overall, the first EP is a very impressive work. Featuring an old-school soul vibe, Out of the Basement, Part 1 opens with the strongest track, “Little Me.” Everything seems to click in this song: Williams is strong throughout, especially on the chorus, while the band exhibits just as much energy.  But it doesn’t end there. “Selfish” is a classic soul tribute, from the vocals and the lyrical content right down to the drums and bass, and how great it sounds. “Part 1” and “Good Thing” follow suit, and although the drumming style in the latter track is less soulful, it is nonetheless effective. The only real downside is the mixing of the guitar parts,  which should have been given more emphasis in songs such as “I Ain’t Sweet On Him” and “Part 1.”

Following is the official video for “Little Me”: 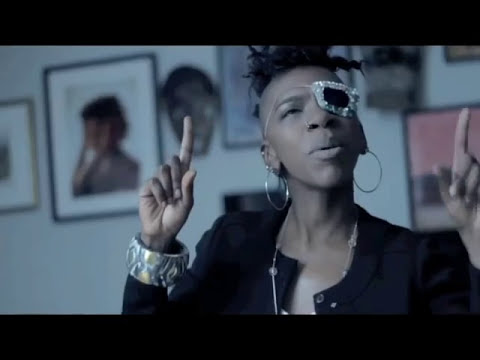 Taking a new spin on elements from the first disc, Out of the Basement, Out of the Box features a much heavier bass while still preserving a soulful core. Bringing her Jamaican roots to the fore on “The Box” and “88,” the soulful singing style is still present but now features syncopated bass lines and off-beat guitar. Unlike the previous EP, none of the songs necessarily stand out from the rest, though they’re all done well. Williams doesn’t seem as emotionally involved as she should be, preferring instead a more laidback style of singing. There is also a greater utilization of electronic samples, which for the most part is effective. The only oddity is the last track, “Save Me.” Near the middle of the song the volume drops, then rises again in what sounds like a dubstep bass drop. Although this doesn’t kill the song for me, it nonetheless is an unusual and disconcerting addition. However, other than this small criticism, the double EP is an excellent start to Cole William’s musical career.