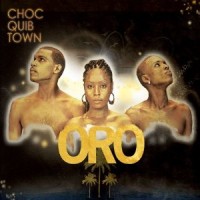 On the strength of their release of Oro (Nacional Records), ChocQuibTown’s debut album for the U.S. market, the Colombian hip-hop group is likely to significantly expand their growing audience, based on the combination of new record sales and the more exciting prospect of live performance opportunities and public exposure.  According to their website and promotional materials, ChocQuibTown has already enjoyed an enthusiastic reception as participants of the annual South by Southwest (SXSW) Music and Media Conference, and the members have ventured further and further from home with an international touring schedule.  Yet, the central motivation for ChocQuibTown has little to do with conquering the world, and much more to do with celebrating the immediate locality of their home.  Before hearing the first beat or lyric, the group’s very name announces their native Choco region of Colombia, and the region’s capital city, Quibdo, in a clear promotion of local identity.  In their words, “…As a group, our main objective is for our culture and music to no longer be alien in our own country, and even in the world.”

ChocQuibTown is centered on the songwriting and vocals of three MCs – Gloria “Goyo” Martinez, Carlos “Tostao” Valencia, and Miguel “Slow” Martinez – supported by a host of musicians adding marimbas, keyboards, drums, horns, percussion, and electronic/synthesized textures.  This combination yields ChocQuibTown’s unique Colombian hip-hop sound, which remains surprisingly cohesive considering they try to include ingredients from North American hip-hop, Latin dance music, electronica, jazz, Colombian folk music, and likely many other sources.  Furthermore, they have effectively showcased these influences in a wide variety of rhythmic contexts, sometimes within the course of individual tracks, so that the elements don’t simply “fuse,” but they actively evolve and demonstrate remarkable flexibility and surprising compatibility.

Following is the official music video of the title track: 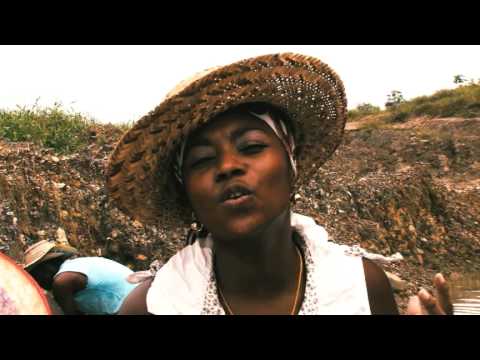 In listening to Oro, the lyrics are all but completely lost on me because I have no skills with the spoken language.  This is particularly frustrating because I trust the artists’ goals in celebrating, promoting, or at least candidly portraying the actual lived experiences of their native place, and I can only imagine that the lyrics offer a compelling assortment of details, narratives, and folklore that present contemporary life in Colombia.  Listeners not imprisoned by English will hear that significant dimension and their impressions will likely be colored by the lyrics.  As for myself, my full attention could focus on the actual sound of the music, the audible streams and syncopations of syllables, the rhythmic textures, and the many subtleties in arranging the album that may otherwise have been obscured by the distraction of lyrics.  Consequently, I developed a strong admiration for ChocQuibTown as a group, and a strong respect for Oro as an album.

On the surface, Oro provides catchy rhymes, strong dance beats, memorable hooks, etc, but there is some real magic in the deeper details.  Vocals are constantly shifting between MCs Goya, Tostao, and Slow, and they take full advantage of the possibilities afforded by the trio of voices.  Combined with the occasional, tasteful application of studio tricks, we hear everything from echoing, ethereal female choirs to the starkness of a man shouting directly in your ear.  The two men sometimes rap in tandem, amplifying the lyrics, and at other times split and share the lyrics to establish changes in personality and perspective.  Each of the three members seems capable of delivering more sensitive melodic material as well as tongue-twisting, double-timed rapping, but there is a pattern in Goya offering the catchy, pop-friendly hooks, while Tostao and Slow burst forward with the frenetic rhymes.

The combination of instruments and rhythms employed throughout Oro is particularly effective.  In particular, the marimba is used as a fascinating bridge between styles and settings, because it provides essentially equal measures of melodic/harmonic capacity and percussive effect.  In “Macru,” for instance, the marimba subtly moves between foreground and background, lending melodic reinforcement without ever diluting the primarily rhythmic nature of the song, culminating in a polyrhythmic surprise at the end to confound the previous beats.  “Oro” presents a very different rhythmic feel with its swaying triple meter, and draws attention to an intriguing sonic resemblance between the marimba and electric piano, each with a crisp, dry sound but representing two different points on a line from Colombia’s acoustic, folk-music past to it’s digital, world-music present.  Heavier electronic sounds introduce “Te Saco A Corre,” while a rollicking sax riff establishes the bass line in “Rumba Sin Pelea.”  The consecutive tracks, “Prietos” and “Son Bereju,” demonstrate how ChocQuibTown can generate energy of equal intensity but different kind, making the listener jump on the beach and then jump in the streets.  “El Bombo” feels like visiting a video arcade, “Alguien Como Tu” feels like watching a lava lamp, and “Pescao Envenenao” feels like stumbling into a Latin dance hall.

While each track on Oro presents a unique sound, mood, or intention, there remains a strong unifying identity from the voices of the MCs, generating a complete, satisfying album of contemporary Colombian hip-hop.  ChocQuibTown is remarkable in the way that undeniably folk music from a specific part of their country is woven into the fabric of equally undeniably modern music that would sound fresh in dance clubs around the world.  The sly shifts between acoustic and electronic sounds, the insistence of the different rhythms, and the advantage of trading lyrics between three distinctive voices all amount to a collection of music that is impressive even when you don’t know what any of the words mean.  The U.S. release of Oro actually represents a compilation of music that had been previously available on separate ChocQuibTown projects in Colombia, but if they can continue generating new albums, with fresh material of a similar quality and character, ChocQuibTown should enjoy a continued and growing success well beyond the home that has inspired them.