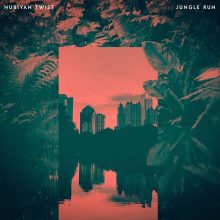 The 12-piece collective Nubiyan Twist, named after frontwoman Nubiya Brandon, just released their newest studio album, Jungle Run. Formed in 2015 at Leeds College of Music and influenced by the diverse music scene in Leeds, Nubiyan Twist and their unique sound can only be described as versatile, fluid, and all-around captivating.

From the soulful title track to the gritty “They Talk,” the songs on Jungle Run highlight the band’s ability to effortlessly drift between genres. Nubiya Brandon’s irresistible vocals are showcased on tracks like “Sugar Cane” and “Permission” without overshadowing the smooth instrumental backing of her fellow musicians. No description, however, can adequately capture the range in musical styles that the tracks on Jungle Run bring to the table. There are even appearances by legendary Afrobeat drummer Tony Allen, who sits in on “Ghost,” and Ethio jazz pioneer Mulatu Astatke on the diasporic “Addis to London.”

Whether you’re a fan of jazz, soul, hip hop, African styles, or something in between, Nubiyan Twist’s Jungle Run deserves a listen. If you find yourself in the United Kingdom in the next few months, check out Nubiyan Twist’s upcoming tour dates here.