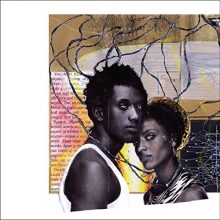 They say that great minds think alike, and that seems to be the case with the new collaborative album between renowned composers Nicole Mitchell and Lisa E. Harris. The pair met at the New Quorum Composers’ Residency in New Orleans and were drawn together by a shared interest in celebrated author Octavia E. Butler, one of the best known African American writers in science fiction. Together, the two musicians took inspiration from Butler’s legacy of Afrofuturistic novels to create EarthSeed.

EarthSeed depicts a world ravaged by all-consuming greed and the struggle, epitomized by the lifeforce within a seed, to overcome that greed. Despite previously releasing two albums of Butler-inspired music—Xenogenesis Suite (2008) and Intergalactic Beings (2014)—the project marks new territory for prolific composer and jazz flutist Nicole Mitchell as she works for the first time with vocalists that have an opera background. Recorded live at the Art Institute of Chicago, the album represents a truly collaborative project from Mitchell and award-winning opera composer Lisa Harris, both of whom were equally involved in creating the text and composing the music for this project, which leans towards the avant garde.

The album opens with “Evernascence/Evanescence,” featuring a fitting interplay between the improvisatory flute playing of Mitchell and the whistling of Harris. In addition to Harris’ powerful soprano, tracks like “Whispering Flame” also feature vocals from tenor Julian Otis. On “Ownness,” Harris’ vocals soar over undulating flute and violin passages, but in a surprise twist she switches over to theremin, providing an otherworldly conclusion. The collaborative aspect of this album can be most clearly heard on “Yes and Know,” which begins with a call and response between the vocalists before introducing the skillful playing of the musicians in Mitchell’s Black Earth Ensemble (cellist Tomeka Reid, violinist Zara Zaharieva, trumpeter Ben LaMar Gay, and percussionist Avreeayl Ra).

EarthSeed is all about interplay and communication—between vocalists and the ensemble, between composers Mitchell and Harris, and between characters in the narrative that reflects real world issues. The album is an extremely creative and whimsical musical take on the EarthSeed concept first introduced by Butler her 1993 dystopian novel, Parable of the Sower.