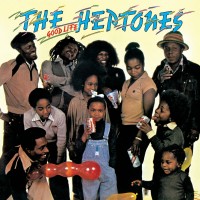 The Heptones will forever be in the pantheon of legendary Jamaican vocal groups. With a busy and very prolific career in the 1960s through the ‘70s, 1979’s Good Life would be the group’s eleventh album, although the second without original member Leroy Sibbles, who had earlier left to begin a successful career as a solo artist. With Naggo Morris taking over for Sibbles, there’s a noticeable shift in comfort. The group doesn’t sound as tight as with Sibbles, although “Can’t Hide From Jah” and “Natural Mystic” allude to a start of adapting to the changes. While not necessarily a reggae classic by any means, Good Life still brings a selection of strong tracks and reggae history from the beloved Heptones. Thanks to VP Records, the album is finally available on CD. 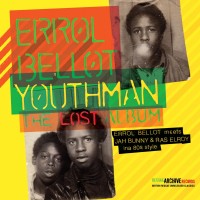 The gritty, raw talent on Youthman: The Lost Album highlights the missed opportunity for a truly gifted musician to shine as a result of inept record company practices. With his music spread over a host of singles across several labels, the heavy roots reggae musician was unable to gain a strong foothold on the British reggae scene. Working with the likes of Jah Bunny and Ras Elroy, songs such as “The Wicked Them” and “Jah Guide Over Me” makes you wonder how such songs never received much airplay in their time. Packed with all sorts of goodies, like additional dub versions and disco mixes, Youthman: The Lost Album is an underground reggae classic that is finally receiving it’s due. 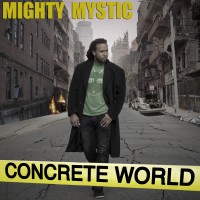 The Jamaican-born, but Massachusetts-raised Mighty Mystic has been making waves in the reggae charts, and for good reasons. With the hit single “Cali Green” making its way onto an upcoming VP Records release and Concrete World debuting at #6 on the Billboard Reggae Chart, the world is beginning to take notice. Speeding up the tempo a bit and adding in some tinges of rock and electronic influences, coupled with the all-important vocal talents, Mighty Mystic has created a contemporary reggae hit in Concrete World.

In addition to “Cali Green,” notable tracks include the title track as well as “Mr. Big Man.” While reggae has a great deal of dedication to the past, Mighty Mystic has proven that reggae is still alive and well in the new millennium, and continues to be an important form of musical expression.