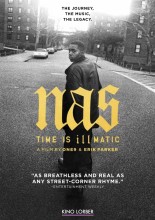 Directors: One9 and Erik Parker

Nas: Time Is Illmatic is the 2014 documentary that depicts the creation and impact of Illmatic, the widely heralded 1994 debut album by hip hop artist Nas. Illmatic is commonly considered one of the greatest hip hop albums of all time and radically altered the arts of emceeing and production as well as the way hip hop albums were conceptualized. Time Is Illmatic, written by Erik Parker, directed by One9, and narrated by Nas himself, takes us on a journey that begins with Nas’ life as a young boy growing up in New York’s notorious Queensbridge Projects and ends with him receiving a fellowship from Harvard University’s Hip Hop Archive. During this journey, we get to hear from the many individuals who helped shape both Illmatic and the rapper’s life—including his father, trumpeter Olu Dara, rapper-turned-executive MC Serch, and Jungle, Nas’ brother, who offers compelling accounts of the hectic Queensbridge world that Nas emerged from. Hip hop heads will be particularly interested in the segments on the album’s individual tracks which feature commentary from not only Nas, but Illmatic producers DJ Premier, Q-Tip, and Pete Rock. 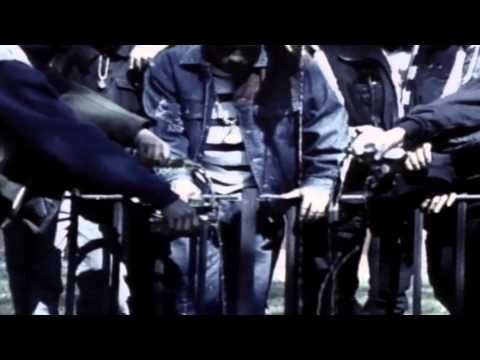 Time Is Illmatic is an engaging, though sometimes dark look into the development of Illmatic, one of hip hop’s most treasured artifacts making it a must-see for hip hop heads, music fans, and those generally interested in the individual and collective creation of meaningful art.