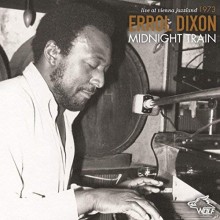 The album’s liner notes include an interview with Dixon conducted by Hans Maitner at Jazzland in 1974, where they discuss topics such as Dixon’s childhood in Jamaica, his move to London, and his opinion on rock ‘n roll. The interview’s transcript is provided in its original German and in an English translation. Anyone who is invested in the preservation of blues music or the documentation of “one of the last living original piano boogie woogie & blues players” should own this album.