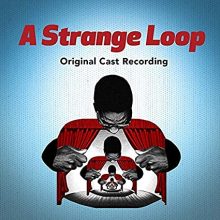 Jackson’s lived experiences are personified by the narrator, Usher (an usher at Disney’s The Lion King), and a six-person chorus of Thoughts, who take on various characteristics such as his “daily self-loathing,” “sexual ambivalence,” representatives of “financial faggotry” and “corporate niggatry,” as well as his theatrical agent Fairweather, various men on Grindr, his disapproving black Ancestors, and his guilt-mongering parents. As Jackson explains in the liner notes, “On one hand, [the show is] a meditation on human existence and on the other hand, a uniquely African-American vernacular that connotes just how ordinary and un-special the self is.” Despite its dizzying philosophical and formal complexity, the cast album is funny and poignant and, to quote one of the lyrics, “entertainment that’s undercover art.”

One of the strongest aspects of the original cast album is a satisfying combination of many different types of theatre and pop music, from complex musical scenes that change style with different characters (“Tyler Perry Writes Real Life”) to introspective ballads (“Memory Song”) reminiscent of singer-songwriters like Liz Phaire, whose work, including the song “Strange Loop,” was also an inspiration for the show. Jackson is not afraid to be true to his experiences in his writing, and includes many references and language that could have definitely been labeled obscene, vulgar, lewd, and offensive if they didn’t feel so true to his experiences, used in service to the overriding idea, and put together with verbal acrobatics and wit.

The opening number, “Intermission Song,” encapsulates much of the show, with upbeat theatre music that reeks of faux-sincerity, paired with a frustrated, perfectly-rhymed, and inventive lyric:

“If you can’t please the Caucasians / You will never get the dough! / ‘Cause critics clinically deny us / Then deny implicit bias / With their vanity supported / By a system that’s distorted / Watch them write you off as lazy / Not to mention, navel-gazey / Lacking both in craft and rigor / Cause you’re just a fucking nig-
[Chorus interrupts]: Big, black and queer-ass American Broadway [show]”

A central portion of the show is devoted to a clear disdain for Tyler Perry, but which helpfully lets Jackson examine the intersections of race, gender, sexuality, family, art, entertainment, money, and religion. Usher is approached to ghost write a new Tyler Perry play, which he considers for financial reasons and because his parents pressure him to write something that they will enjoy, an artistic return on the financial support they have given him. This results in two musical centerpieces of the show, both based on Usher’s imagined scenes from Tyler Perry productions set to gospel music. One is the funny burlesque, “Show Me How to Pray: A Spiritual Urban Drama,” an album-stopper for Larry Owens as Usher who portrays “paper-doll characters.” The other is the ridiculously terrifying song, “AIDS is God’s Punishment,” in which Usher overwhelms his mother with the sexual and religious implications behind Perry’s work that she so wants him to support. Usher’s conflicts with his parents are extremely moving, as Jackson negotiates their concern for Usher’s happiness, success, and earnest fear for his soul, internalized by his own thoughts, and his struggle to define his personal morality. Jackson can send up their homophobia with Broadway gospel, but the sincerity and fear in Usher and his mom (played by John-Andrew Morrison) as they sing “Hell is real” in the song “Periodically” moves me every time.

The best and most poignant parts of the show are the introspective ballads, which could be independent songs outside of the (admittedly non-linear) narrative. “Memory Song,” “Second Wave Feminist,” and “Boundaries” come straight out of the singer-songwriter tradition with their introspection, personal specificity, and everyday, but poetic, subject matter. There are also standout pop-songs like “Inner White Girl” and a brilliantly written pop chorus in “Exile in Gayville” that show off Jackson’s songwriting chops. “Inner White Girl” has a brooding modal verse that questions why black boys can’t behave in the many, carefree ways that white girls do, and later explodes into a pop chorus that exudes that very self-confidence. The way that Jackson combines the pleasure of pop with the self-critique of having to use white pop to bolster black confidence is stunning. These songs work well on their own, which is fitting, as A Strange Loop was developed through independent workshops and concerts over a period of many years.

Though its sold-out run in New York was short at only three months, the awarding of the Pulitzer Prize will ensure that A Strange Loop will be remembered and remounted in new productions. Meanwhile, the original cast album gives a sense of what that production was like and showcases Jackson’s exceptional writing skills. The cast’s performances are terrific and the performers are versatile in their ability to transform into so many characters. This is an album that grows in appreciation with repeated listening. Highly recommended.