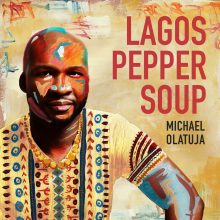 Lagos Pepper Soup contains many brilliant musical renderings performed by a great supporting cast of internationally renowned artists. But ultimately, it serves as the soundtrack to the musical journey of Michael Olatuja.