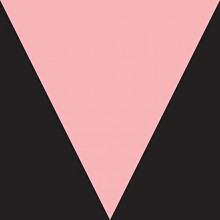 Meshell Ndegeocello has produced widely divergent albums over the course of her career, each offering captivating sonic explorations. This is also true of her new release, Ventriloquism, a collection of cover songs completely reworked to reflect Ndegeocello’s incomparable eclecticism and fluid movement across genres. She explains:

“Early on in my career, I was told to make the same kind of album again and again, and when I didn’t do that, I lost support. There isn’t much diversity within genres, which are ghettoizing themselves, and I liked the idea of turning hits I loved into something even just a little less familiar or formulaic. It was an opportunity to pay a new kind of tribute.”

Joining her on this exploration are several longtime musical partners and colleagues: guitarist Chris Bruce, drummer Abraham Rounds, and keyboardist Jebin Bruni. The project was engineered by S. Husky Huskolds, and mixed and mastered by Pete Min.

As with her Pour Une Âme Souveraine (2012), dedicated to Nina Simone, Ndegeocello’s new album features songs by musicians who have inspired her over the years, with a particular bent toward 1980s classics. Opening with Lisa Lisa & Cult Jam’s 1985 dance hit, “I Wonder If I Take You Home,” Ndegeocello follows the general style of the original, but softens the vocals, blurs the beats, and augments the electronic effects resulting in a spacey, otherworldy interpretation. Al B. Sure’s “Nite and Day” is slowed down to a dreamy, sensuous ballad that fades out on a distorted guitar riff. On her cover of TLC’s signature song, “Waterfalls,” she uses instrumental fills instead of attempting to replace the rapped verse by Lisa “Left Eye” Lopes. Likewise, in her newly released video for the song, she takes a more metaphorical slant to the subject matter of people tragically affected by drugs and HIV, instead of the more explicit approach in the award-winning TLC video.

Ndegeocello’s gorgeous cover of Prince’s “Sometimes it Snows in April” was the first single off the album. Released via Rolling Stone on January 12, she explained in the accompanying article, “I’ve made so much because of [Prince]. I still can’t believe he’s not on the planet and this was as close to closure as I’d get.” Emotionally laden with throaty vocals, whispered reminiscences and off-kilter harmonies, Ndegeocello’s tribute is arguably the most poignant cover version of the song to date. As she shifts into the final couplet, “all good things they say never last, and love is love until it’s past,” sung over stripped down instrumentals, it’s as though we’re hearing a voice from beyond mourning a life tragically cut short. Farewell, Prince.

On George Clinton’s “Atomic Dog,” Ndegeocello tones down the funk and the theatrics, placing more emphasis on the instrumentals through overlapping, layered guitars. Janet Jackson’s “Funny How Time Flies (When You’re Having Fun)” leaves Quiet Storm territory, taking on a darker, more foreboding character with distorted bass, cello and electronic effects. This gloomy soundscape is broken by the Force MDs “Tender Love,” which is given a lighter, folksier treatment with harmonica fills and strummed guitars.

Taking on another iconic female vocalist, Ndegeocello’s rendition of Tina Turner’s “Private Dancer” works extremely well as a slow ballad backed by guitars and piano, and the tempo is a much better fit for the melancholy yet wistful lyrics. The album closes with Sade’s “Smooth Operator.” Stripped of its Latin rhythms and turned on its side, the song takes on a percussive, bottom heavy electronica sound, with virtuosic dueling bass and guitar replacing the sax solo on the original.

On Ventriloquism, Ndegeocello unleashes her extraordinary creativity, reimagining classic songs of the ‘80s and ‘90s in new and unexpected ways. In doing so, she also demonstrates her independence from an industry that too often tries to pigeonhole black artists and black music.