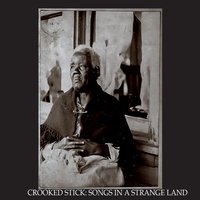 Indiana University professors Tyron Cooper and mezzo-soprano Marietta Simpson have produced a fresh take on the Negro spiritual, the earliest form of Black religious music created by enslaved Black folk during the 18th and 19th centuries in the United States. Crooked Stick: Songs in a Strange, an11-track concept CD produced by Cooper, marks Simpson’s first solo project. The title “Crooked Stick” is derived from the expression to “hit a straight lick with a crooked stick,” which is the act of accomplishing a major feat using meager resources. This adage parallels the plight of African people who were, as Simpson states in her liner notes, “ripped from their native land, sold, beaten, plucked from families, and often treated worse than animals.” Despite such dire circumstances, these captives created new sacred songs, which also housed “clever strategies and hidden messages for survival… The Negro spiritual is therefore a tangible representation of what it means to ‘hit a straight lick with a crooked stick.’ That is, slaves transformed the misery of their daily plantation life (i.e. crooked stick) into something beautiful and creative that would sustain the songs and souls of Black folk for generations to come (i.e. straight lick).”

Using biblical scripture from Psalm 137, Simpson links the plight of oppressed Black people during slavery to another afflicted community in order to shed light on the meaning of “Songs in a Strange Land,” the second half of the CD’s title.  She writes: “In spite of such deep inner turmoil, the Israelites, through profound resilience and strength, sang the songs that would sustain their link to Jerusalem, their homeland and their Almighty god. Like the children of Israel, my ancestors, taken from the coast of Africa to the bowels of slave ships to the new World where they were placed under the heavy yoke of slavery, uttered distinct melodies of resistance, resilience, survival and wit. These songs would become known as the Negro spiritual.”

Crooked Stick includes a collection of 8 Negro spirituals embedded in unique acoustic instrumental arrangements, which employ the full continuum of African American musical styles such as blues, bluegrass, gospel, and jazz. For example, the opening song, “No Hidin’ Place,” is an up-tempo tune that incorporates elements of bluegrass and blues; the spiritual “Hol’ On” is an eerie arrangement where Simpson’s voice is backed by ghostly moans that convey the struggle, resilience and hopes of Black folk on a hot and muggy southern plantation; “Ain’t A Dat Good News” evokes the style of New Orleans jazz with its booming bass drum, tambourine, and responsive horn section; and “How Come Me Here” is a completely stripped down plaintive a cappella piece by Simpson where she channels a slave woman who laments between every refrain, “I wish I never was born,” her very existence laden with every tribulation that comes with being chattel property.

Along with these musical tracks, Simpson wrote her own versions of slave narratives and performed them in dialect on the three remaining tracks, which also serve as introductions to ensuing songs on the project. One of the most notable of these spoken word tracks is “Town,” a heartbreaking narration of an enslaved woman’s son being sold to another plantation.  “Town” precedes “How Come Me Here,” thus providing a more in depth context for such inhumane treatment.

As previously stated, the instrumentation is treated acoustically, meaning there are no electric or amplified instruments. Cooper (who served as producer and arranger) can be heard playing guitar, banjo, and percussion on the album in addition to providing vocals for “Hol’ On.” Los Angeles based musician Brennan Johns (a recent graduate of the IU Jacobs School of Music’s Jazz Studies program) is featured on trumpet and trombone, with George Tyler on percussion.

One of the goals of Crooked Stick was to position the Negro spiritual on the metaphorical “front porch;” a significant space for communal kinship within the Black community. To this day, the porch is where the heart and consciousness of the folk can often be found. Cooper’s intimate, acoustic arrangements serve that purpose well by supplying accessible instrumentation with familiar folk music language. Simpson’s vocal rendering is unmatched as shown via her sensitivity to dialect, placement and textural breadth. This creative collaboration between Simpson and Cooper is a must have for those interested in an expressive presentation that carefully chronicles the story of Black American people of the past and present through ancestral song. 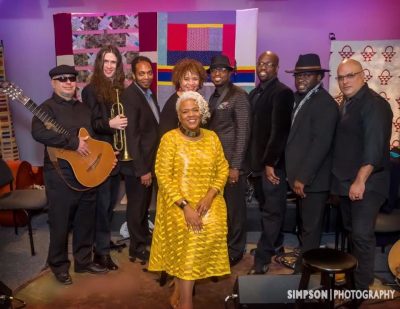 Note: Dr. Tyron Cooper is Director of the Indiana University Archives of African American Music and Culture (AAAMC) and Assistant Professor in the Department of African American and African Diaspora Studies. Marietta Simpson is on the voice faculty of the IU Jacobs School of Music and serves as the Rudy Professor of Music. The AAAMC presented the CD release concert on February 17, 2019 (above photo), which was recorded for future public television airing on WTIU-TV/PBS. The concert was also a celebration of the newly established Marietta Simpson Collection at the AAAMC.