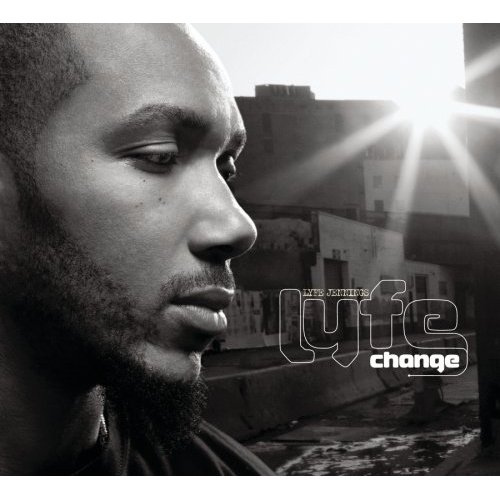 Title: Lyfe Change
Artist: Lyfe Jennings
Label: Sony Urban Music
Catalog No.: 88097 07966 2
Release Date: April 29, 2008
Lyfe Jennings has earned a reputation for putting the “soul” back into contemporary soul music. His gritty, gospel-tinged voice is an alternative to the ultra-high falsetto that most current male R&B singers employ. In addition to his vocal stylings, Jennings is known for interjecting a heavy dose of real life into his lyrics. His third project, Lyfe Change, is no departure from vintage Lyfe.

Jennings has found major success doing what most artists attempt to avoid: dealing with serious issues in their music. On his previous albums, he has confronted his own past as an ex-convict and has addressed infidelity in relationships and growing older. Yet it’s his colorful past, in and out of prison, that seems to provide the sincerity and wisdom that enable him to convincingly present these very serious issues within three minute songs. Jennings also demonstrates the fine art of balance—as soon as the mood becomes somber, he introduces some lightweight songs like “Brand New,” which features T.I.

Lyfe Change is a collection of Jenning’s thoughts on various issues such as the transmission of AIDS on “It’s Real,” and personal maturity on “Never Never Land.” The prominence of these social themes is the glue that holds the album together. The sound of the songs varies from the contemporary R&B feel of “Brand New” to the reggae-tinged “You Think You Got It Bad,” featuring producer Wyclef Jean and “Wild Wild Wild.” Though a little longer than previous efforts (the CD includes 15 tracks), the album doesn’t ever become too preachy or boring. The diversity of production helps to hold the listener’s interest.

If you are a Lyfe Jennings fan, you’ll enjoy Lyfe Change. If you’ve never heard of him, this is a good album to check out to get familiar with his mission. Not to indict any other male R&B singers who sing about the usual pop music tropes like sex, clubs, and enjoying life, but it’s nice to be forced to think about the deeper things in life while enjoying a good beat.