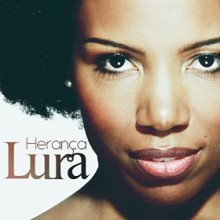 Portuguese singer and musician Lura got her start in music at the age of seventeen when she was invited to be a back-up singer for an album of zouk music by the Lisbon-based singer Juka. A few years later Lura recorded her debut album, Nha Vida (1996), but her real break occurred in 2004 with the release of Di Korpu Ku Alma (Of Body and Soul). The first project to reflect her Cape Verdean ancestry, Di Korpu Ku Alma became a bestseller on the world music circuit and soon Lura was touring internationally.

Lura returns to her roots with Herança, which literally translates to Heritage—an apt title for an album focused on Cape-Verdean’s up-tempo funana beat. This is exemplified in the danceable opening track “Sabi di Más,” an original song by Lura that uses the standard 2-beat rhythm and accordion accompaniment as well as percussion and guitar. “Maria di Lida,” the first single from the album, is the story of a Cape Verdean woman who struggles to make ends meet and support his family:

Several of the songs on the album were written by Mário Lúcio Sousa, founder of the Cape Verdean group Simentera that’s known for returning the music to its acoustic roots and embracing African culture as an integral part of Cape Verdean identity. A fine example of this is “X da Questão,” an up-tempo song that also features accordion and acoustic guitar. Brazilian poet and Latin jazz percussionist Naná Vasconcelos is featured on the title track ”Heranca,” a slow, trance inducing song that’s nearly a capella with only gong and percussion offering a sparse accompaniment. This is followed by a much more contemporary, jazz-oriented song ”Barca di Papel,” featuring bassist Richard Bona. Also featured is the rising Cape-Verdean singer/guitarist Elida Almeida on ”Nhu Santiagu.” The album closes with “Cidade Velha,” a very melodic song about a village on the island of Santiago accompanied by acoustic guitar.