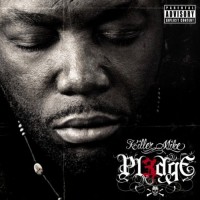 Killer Mike delivers the third installment of his I Pledge Allegiance to the Grind series, and continues his truth talk.  As promised on the first single, the “weak shit” is nowhere to be found on this hard-hitting mixture of street anthems and social commentary.

The Atlanta native keeps his gangsta holstered at all times, setting a pace for the album that is upbeat and aggressive. “Ric Flair” rolls on a soulful sample as he reminisces on his hustling days.  A tour of his city on the cruise-worthy “Go Out on the Town” features a recently scarce Young Jeezy. Any party is started on the club banger “Animal” with Gucci Mane, and he recruits former Purple Ribbon All-star label mate Big Boi for the great remix to the single “Ready, Set, Go”:

The intensity only grows as he flexes his lyrical prowess on the socially-charged tracks. Everything from politics to religion is up for scrutiny on “That’s Life II,” as he questions why Cosby, Obama & Oprah seemed mute when Oscar Grant died. Grant’s name is revisited, along with politicking preachers, on the ragingly honest “Burn.” “God in the Building II” hums with Smallwood’s “Total Praise” as Mike Bigga takes us to church, proclaiming how God is “still with me.” And “American Dream” exposes how we are all fueled by “American schemes.”

The album boasts a well-balanced amount of style and substance and is a testament to Killer Mike’s underrated skills as one of the South’s best rappers.