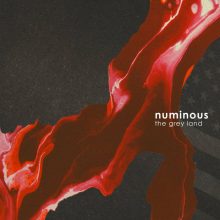 Towards the end of 2020, after a tumultuous year of reckoning with racial injustice, Joseph C. Phillips Jr. released an album of his stirring hour-long multimedia “monoopera,” The Grey Land. The opera traces Black sorrow after the countless deaths of African Americans at the hand of the police through the lens of an anonymous Black mother considering the future of her young child. Unease, bleakness, and sorrow saturate this music, but they are balanced by moments of calm, joy, and the beauty of everyday life, as Philips also reminds us of the still throbbing hope of a land “where the beautiful promise of happiness, liberty, and life may yet manifest true to finally include her family too.”

That beauty is perfectly captured in the second track of the album, “Ferguson: Summer of 2014,” a twenty-minute response to Samuel Barber and James Agee’s Knoxville: The Summer 1915. Like Barber, Phillips paints a picture of an ordinary, almost idyllic summer evening, backed by lush strings and Copland-esque wide intervals, while the rich-toned soprano Rebecca L. Hargrove gives voice to Phillips’ own giddy excitement over his firstborn child in the summer of 2014. Unlike Barber’s rhapsodic setting, something is not quite right, as faint murmurings of strings break away, rumbling quietly, never totally upsetting Hargrove’s placid and reassuring singing. However, the news of Michael Brown’s shooting upends everything, setting chaos in motion, cross-cutting the sounds of outrage into the scene. The rest of the album never fully recovers this summer paradise, as the mother journeys through fear, sorrow, resilience, and the striving for recognition of mutual humanity.

At times The Grey Land is reminiscent of John Adams’ docu-operas, incorporating the recordings of the Mothers of the Movement testifying about their loss, a minute-by-minute account of the shooting of Michael Brown recited in stark true-crime fashion, a reenactment of “The Talk” Black mothers give to their sons, reflections of Carolyn Bryant Donham, the woman who accused Emmett Till of whistling at her, and the words of Supreme Court Justice Sonia Sotomayor and Frederick Douglass. These are juxtaposed alongside the more lyric writing of Isaac Butler, Paul Laurence Dunbar, and Phillips himself. However, unlike Adams’ work, the opera is centered around a feeling, not an event, and has no traditional narrative. It also expands the musical language of traditional opera, with the versatility of Phillips’ own ensemble, Numinous, which blends the distinctions between classical and contemporary alternative, with the frequent use of electric pianos, guitars, and bass, and six versatile female singers in addition to a traditional chamber orchestra.

In creating a cinematic world of sound, Phillips is at home in a variety of styles, which he organically combines and calls “mixed music,” with overtones of both contemporary classical and popular music. The album begins with wordless, haunting choral singing that evokes what Ta-Nehisi Coates calls “the vastness of black people across space-time,” and ends with Hargrove alone, intoning wordless ahhs interrupted by sobs. Instrumental solos for trombone and cello clash between resignation and rage in “Tender Sorrow,” the grooves of overlapping electric guitars and piano strike a balance between joyful and frustrated under Ana Milosavljevic’s virutousic outbursts on the Viper (an electric violin) in “I Should Have Been a Mother****ing Black Mamba,” and the harmonious ringing of handbells bells dissolves into an unsettled and stark ensemble in “The Liberty Bell.” The standout track for me was “One Side Losing Slowly,” which combines dreamy, R&B-flecked electric piano, voiceless ahs, and dissonant, slippery strings into an uncertain, placeless realm of wanting, where promises are kept with “dreams of stillness and stars.” The ensemble then drops out to sighs and groans by the chorus, while recordings of The Mothers of the Movement are put in painful counterpoint, recounting the sorrow of the loss of their children. It is difficult, painful, and admittedly riveting, and I can only imagine what the added layer of dance would bring on stage.

The Grey Land is a multimedia work that incorporates dance, video, narration, and music. The album, of course, draws attention to Phillips’ incredible music and the performances by Numinous and Hargrove, who are a perfect blend of precision and emotion. The opera is a dense work of ideas and emotion, and the accompanying liner notes help clarify references and reward multiple listenings. Overall, the album is highly recommended, and the few available videos of the accompanying visuals for the scenes “The People Get Tired of Dying” and “The Sunken Place” are stunning and essential.