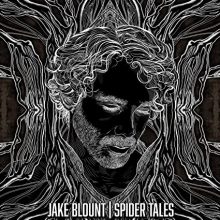 Jake Blount has teamed up with a group of talented, young, and mostly queer folk musicians to assemble a thoroughly moving and often harrowing collection of songs by Black and indigenous folk musicians. Blount is a rising star in the folk scene, becoming the first Black person to make the finals at the prestigious Appalachian String Band Music Festival (better known as Clifftop), and the first to win in the traditional band category. Three years later, he placed first in the banjo contest, playing three tunes from Black banjoists including Dink Robert’s “Roustabout,” which appears on Spider Tales, Blount’s first full solo album.

Spider Tales is named after the Anansi trickster stories brought by enslaved Africans to the Americas and passed down generation by generation. Likewise, Blount has gathered songs from banjo players, fiddlers, blues singers, and even shouters, learned first-hand or through archival recordings. In Blount’s words, the Anansi tales also “celebrated unseating the oppressor,” and the centering of songs by Black and indiginous musicians helps highlight the often marginalized or unacknowledged voices in the old-time and string band scene. Many of the songs, like the Leadbelly classic “Where Did You Sleep Last Night,” have a mournful undertone, which Blount links to the feelings of “grief, powerlessness, and fury” faced by the queer community, feelings that can at the same time empower all of us to make change.

A standout on the album is “Move, Daniel,” a Gullah shout directing a slave to steal from the master’s smokehouse for a celebration. On this, and other tracks, Blount is accompanied by dancer Nic Gareiss, a scholar and performer of folk dances, whose rhythmic variations propel the song to a driving groove. Frequent collaborator Tatiana Hargreaves’ fiddling also shines on this track, and she accompanies Blount on almost all of the tracks. Blount is also an impressive fiddler, and his sawing and vocal cries on Jabe Dillon’s “Brown Skin Baby” combine to a harrowing effect.

The main attraction on the entire album is the rhythmic play and energy all of the performers bring to these traditional songs. Many of them (especially the opening track “Goodbye, Honey, You Call That Gone”) settle into driving grooves, until they are unexpectedly wrenched by a chord here or a foot stamp there. However, the tone itself is never too aggressive. Blount’s voice is light and silvery, but he knows how to give a variety of inflections, and can incredibly mimic them in his banjo and fiddle playing. The sound quality is pristine in this polished production, but unfortunately Blount’s banjo is often audibly overshadowed by fiddling and it can be hard to hear his instrumental skill so apparent in his unaccompanied win at Clifftop. Nevertheless, Spider Tales is a great album full of variety and fantastic playing all around. Expect more great work to come from Blount and company.