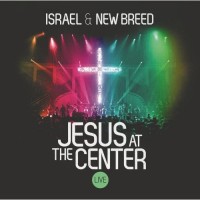 Title: Jesus at the Center

Delivering its message of praise and worship to fans for over 12 years, Israel & New Breed sounds as good as ever on the group’s new live album, Jesus at the Center. Since the release of their last album nearly 5 years ago, band leader Israel Houghton has released solo works, many of which have won several awards including a Grammy. This double album, which includes 17 live-performance songs and 3 studio singles, will fulfill the expectations of long-term fans while attracting new audiences. It channels the atmosphere of the concert at Lakewood Church in Houston, Texas, where Houghton is a worship leader, and captures all the highlights of their inspirational performances. Houghton states in the liner notes, “We purposely wanted to emphasize being a resource to the church worldwide. . .  There is literally something for everyone to connect to.”  This album does indeed provide music for the cross-cultural audience of churchgoers worldwide.

Disc 1 presents the first half of the concert, during which Israel & New Breed amp the audience with up-beat songs. The concert begins with each member of New Breed singing parts of “Jesus at the Center” while Israel reads from Colossians 1:15-20. They kick off the music ministry with “Jesus the Same,” which exemplifies their sound with powerful beats and horns. Their simple and highly melodic songs invite audience members to participate in the spiritual experience of the music. The group moves to another powerful tune, “Rez Power,” and further elevates the audience’s excitement.  “No Turning Back” has grooves that make you want to dance; “Te Amo,” (meaning “I love you” in Spanish) will make you dance even more; and “More Than Enough” will surely keep you dancing.

The live version of “Jesus at the Center” becomes a bridge between the first and second half of the concert. The audience joins in on the music-making, singing “Jesus at the center of it all. From the beginning to the end, it will always be, it’s always been you Jesus. Nothing else matters. Nothing in this world will do. Jesus, You’re the center. Everything revolves around You. Jesus, You. The center of it all.”

Disc 2 contains the second half of the concert and features mostly ballads. Both the live and studio version of “It’s Not Over (When God Is in It)” will give you goose bumps with its touching message of empowerment, and will help ease worried minds with its lyrics of encouragement: “It’s not over. It’s not finished. It’s not ending. It’s only the beginning. When God is in it, all things are new.” The following clip from the concert demonstrates the power of their musical performance: 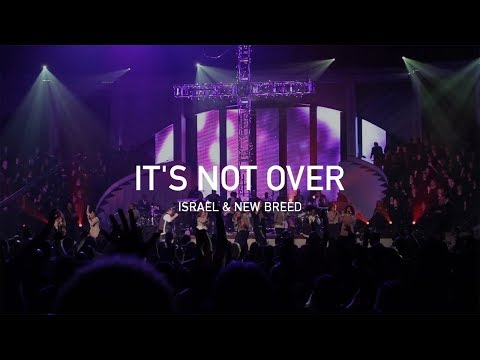 This last half of the concert also contains several medleys, “Hosanna/ Moving Forward/ Where Else Can I Go,” “You Have Me/ You Hold My World,” and “To Make You Feel My Love/ Name of Love” (on which Houghton’s teenage daughter, Mariah, is featured). “To Make” is a wonderful rendition of a little-known Bob Dylan song, followed by “Name of Love” whose sound really captures the church’s serenity. Israel and his daughter’s smooth voices blend together and transform this song about romantic love into one about spiritual love.

Jesus at the Center will surely make you smile and sing and feel thankful for the many talents of Israel & New Breed.