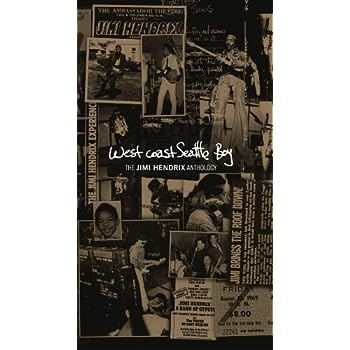 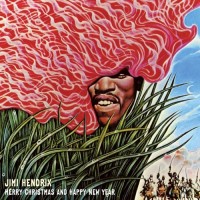 With the 40th anniversary of Jimi Hendrix’s death come a number of releases that aim at keeping his music alive and relevant. West Coast Seattle Boy: The Jimi Hendrix Anthology is a 5 disc retrospective containing over four hours of rare Hendrix music. The box sets spans Hendrix’s entire career from his beginnings as a sideman on the chitin’ circuit to his position as a well-respected musician and cultural icon. Released through collaboration between Legacy Recordings and Experience Hendrix LLC, this anthology celebrates Hendrix’s life by bringing fans a significant amount of fresh material.

Disc One of West Coast Boy covers Hendrix’s early career and features his performances on tracks from the likes of the Isley Brothers and Little Richard.  Disc Two spans two years (1967-1968) and includes alternating recordings of Hendrix early classics such as “Fire,” “The Wind Cries Mary,” and “1983 (A Merman I Shall Turn to Be).” Disc Three covers two of the most important years in Hendrix’s career 1968-1969 and features an unreleased original mix of the Star Spangled Banner. Disc Four covers the final years of Hendrix’s life (1969-1970) and includes much unreleased material planned for future projects.

The final disc is a DVD, Jimi Hendrix Voodoo Child, a 90 minute documentary directed by Bob Smeaton. The film features an autobiographical story read by the legendary Bootsy Collins while also incorporating interviews, letters, photos, and recordings. Also noteworthy is the inclusion of many important performances, song drafts, lyrics, and sketches.  Jimi Hendrix Voodoo Child is an in-depth look into the life and work of an American icon.

West Coast Seattle Boy: The Jimi Hendrix Anthology is a welcome contribution to the artist’s catalog and features a wealth of unreleased material that should appeal to die-hard Hendrix fans (those not interested in owning every alternate take may wish to pass, however). This box set is part of a larger Legacy Records Hendrix project and ensures that the artist’s legacy will continue to live on.

Merry Christmas and Happy New Year is the rerelease of a single featuring a Christmas medley (Little Drummer Boy/Silent Night/Auld Lang Syne) and  “Three Little Bears.”  The Christmas Medley was playfully recorded by the Band of Gypsys practicing for their upcoming appearance at the Fillmore East.  “Three Little Bears” was recorded by the Jimi Hendrix Experience during the sessions for Electric Ladyland. This single is a special treat for Hendrix fans as it is both a musical artifact and a peek at the artist having fun at work.  A great stocking stuffer for the holidays!