Harry Belafonte was not only one of the most popular entertainers of his era, he also had an integral role in the Civil Rights Movements and led many other humanitarian efforts over the course of his career.  These are detailed in three products released in 2011-2012. 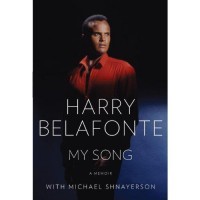 Title:  My Song: A Memoir

The subtitle of the 2012 paperback edition aptly sums up Harry Belafonte’s autobiography:  a memoir of art, race, and defiance.  Over the past few years, Belafonte, who is now 85, has worked tirelessly to cement his considerable legacy—one that goes far beyond his “King of Calypso” moniker. Though this may sound somewhat self-serving, readers will benefit greatly from Belafonte’s first-hand account as told to Michael Shnayerson through a series of in-depth interviews. Of course ample space is given to Belafonte’s early years in the Caribbean and New York, as well as his acting career and musical triumphs. His work as a political activist, however, is the most captivating aspect of the memoir.  After a number of humiliating episodes on the entertainment circuit, particularly in Las Vegas, Belafonte dedicated his life to fighting racism, both in the U.S. and abroad. This led to a close friendship with Martin Luther King, Jr., who turned to Belafonte to marshall the forces of the entertainment industry in support of the Civil Rights Movement. Not only did Belafonte bankroll much of King’s work, but he was also a key negotiator with both Robert Kennedy during his term as U.S. Attorney General, and with John F. Kennedy, in efforts to move the civil rights bill forward.  Episodes related during this period will certainly enlighten and inspire many readers, as will those related to his later efforts to battle apartheid in South Africa and free Nelson Mandela.

Title:  Harry Belafonte: Sing Your Song; The Music, Hope and Vision of a Man and an Era

Belafonte worked with his production company, Belafonte Enterprises, and director Susanne Rostock on this biopic companion to his autobiography.  Though something of a “Cliff Notes” version of the book, the DVD does capture the key biographical elements, frequently making use of the same first-person interviews with Belafonte that were transcribed in My Song.  These interviews often come across as a bit stilted, but there are plenty of other commentators that weigh in and add gravitas.  What’s really captivating, however, is the archival footage from Belafonte’s ground- breaking television shows from the late 1950s-1960s and from various concerts speeches as shown in the following trailer:

Many will be seeing this footage for the first time, and it’s definitely worth the price of the DVD just to have access to Belafonte’s early television specials. Educators at all levels should also find the documentary to be an extremely useful and engaging device for teaching various facets of Black history. 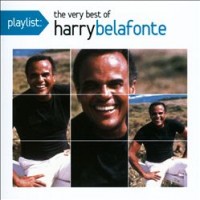 Released on the same day as Sing Your Song, this short 14-track compilation offers a brief overview of Belafonte’s recording career, including the calypso “Matilda” and two other folk songs from his groundbreaking album Belafonte (1956), “Jamaica Farewell” from Calypso (1956), “Man Smart (Woman Smarter), “Mama Look a Boo Boo” and (of course) “Banana Boat Song (Day-O)” from Belafonte at Carnegie Hall (1959), the “My Angel” duet with Miriam Makeba from An Evening with Befonte/Makeba, and several additional songs, primarily drawn from the 1950s-1960s. If you’re looking for a single disc overview of Belafonte’s career, this is a start.  Let’s hope that Legacy will soon devote a complete box set to Harry Belafonte.