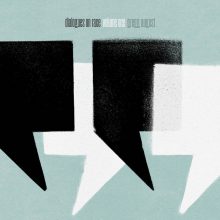 An extremely versatile artist, double bassist and composer Gregg August performs and records with groups spanning multiple genres. Currently a member of the Orpheus Chamber Orchestra and American Composers Orchestra, he also performs regularly as a jazz bassist with the JD Allen Trio and Arturo O’Farrill’s Afro-Latin Jazz Orchestra. In 2009, shortly after the inauguration of President Barack Obama, August was inspired to compose Dialogues on Race, an extended suite for large jazz ensemble, vocalists, strings and narrator. Drawing upon poems by Maya Angelou, Langston Hughes, Marilyn Nelson and other notable American poets, August hoped to “create a musical conversation that would help bring awareness and foster understanding on the issue of race” in support of the nation’s first Black president. Following the premiere at The Jazz Gallery in New York, the work was set aside for a time. But as the political discourse in the U.S. grew increasingly toxic and more Black lives were lost to violence, many of the musicians that premiered Dialogues urged August to revive and record the suite. The result is a stunning achievement that deftly combines jazz, blues, classical and Latin influences with gripping poetic verses to create a provocative work that is even more relevant and necessary today.

August, a white composer, was initially hesitant to move forward, recognizing that changing attitudes about cultural appropriation over the past decade might have a negative impact on how Dialogues is received. After much consideration, he says he “found inspiration to persevere through revisiting the poems I had selected for my piece, for the hard truth that they spoke.” Additionally, his diverse ensemble of supporting musicians emphasizes the plural nature of our society, embracing the notion of a cross-cultural dialogue. In the words of Arturo O’Farrill, who wrote the preface to the accompanying liner notes, August has “brought a mighty force of poets and musicians and clothed them in equality, given them license and distilled yet again the reason the arts exist, to liberate us all.”

Dialogues opens with “Sherbet (Just to be certain that the doubt stays on our side of the fence),” inspired by a poem by Cornelius Eady. Opening on a mournful duo between tenor sax and bass, the two instruments portray “the horror to sit, a black man with a white wife in the middle of a hot Sunday afternoon at The Jefferson Hotel in Richmond, VA, and wait like a criminal for service.” On “Letter to America,” Wayne Smith narrates the poem by Fransisco Alarcón that describes the invisibility and exploitation of domestic help and undocumented workers: “in your kitchen we became another pan, even now as a shadow you use us, you fear us, you yell at us, you hate us.” Echoing these sentiments, the ensemble grinds forward through bluesy melodies and repetitive chords, while the acrobatic riffs of the clarinet emerge as a beacon of hope.

“Your Only Child” introduces the main theme of the suite, which centers on the life and death of Emmett Till from the point of view of his mother, Mamie. The song, based on a poem by Marilyn Nelson (“A Wreath for Emmett Till”), is sung by Frank Lacy (Mingus Big Band). Though not generally known as a singer, Lacy offers a stunning performance that embodies the pathos of the lyrics: “Surely you didn’t know you would devote the rest of your life to dignified public remembrance of how Emmett died, innocence slaughtered by the hands of hate.” The theme recurs as a mournful bass solo on “Your Only Child” (second statement), and is picked up again in the third statement featuring Shelley Washington on vocals over a lush string accompaniment.

One of the most powerful tracks is “Mother Mamie’s Reflections,” which incorporates the voice of Mamie Till Mobley describing Emmett’s 1955 lynching in Mississippi. Employing echo and reverb to amplify and repeat her descriptions of the atrocities inflicted upon her son’s body, this track is harrowing, to say the least—with the overt racism and incredible violence of the lynching reflected in the menacing, low register of the bass, bass clarinet and tuba.

Setting a more hopeful tone, the Langston Hughes’ poem “Sweet Words on Race” is set to an uptempo Latin jazz ensemble and “The Bird Leaps,” inspired by Maya Angelou’s poem “Caged Bird,” features a clever contrapuntal conversation that ricochets throughout the saxophone section. Concluding with “Blues Finale,” Frank Lacy returns on vocals, freely scatting along with the ensemble in a triumphant climax to the suite.

When describing his work, Gregg August stated: “My hope is that Dialogues on Race can in some small way serve as an integrated musical bridge to awareness, and maybe even stand as an affirmation against racism and injustice.” A truly powerful and provocative work, there is no doubt where the composer and the musicians of the ensemble stand on this matter. Let us hope their artistic vision encourages others to follow suit. Dialogues on Race is highly recommended!