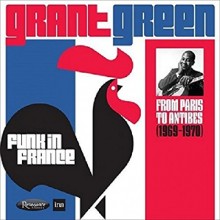 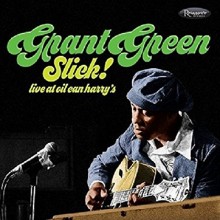 These three discs, spread over two albums, document jazz guitarist Grant Green in live performances in 1969 at the studio of France’s state-owned radio network (ORTF), at the 1969 Antibe’s Jazz Festival in France and in 1975 at a jazz club in Vancouver, BC, Canada. Green’s progression toward a solid footing in the funk-jazz world is clearly demonstrated. As always, Resonance Records has done a fine job finding good source tapes and remastering for superb audio quality. Each album is accompanied by a 48-page booklet illustrated with archival photos and featuring essays by Resonance producer Zev Feldman, music journalist A. Scott Galloway, and Blue Note Records discographer Michael Cuscuna, among others.

As for the playing, the listener’s interest may wander in the same pattern as Green’s concentration seemingly varies. At times, he sounds like he’s noodling around in a practice room. But there are times when he focuses and delivers interesting, fast and well-picked note progressions.

The 1969 radio concert sounds mostly like a loose jam, but a highlight is “Untitled Blues,” during which Green, bassist Larry Ridley and drummer Don Lamond chuck the lilting jazz-style playing and dig in for a good down and dirty romp. The live audience responds with encouragement—everyone likes a good blues groove. Another highlight is a guest appearance by jazz guitar legend Barney Kessel on “I Wish You Love.” The idea of a duet with a legend seems to focus Grant and bring his playing up to a higher level.

The Antibe’s Festival performances (recordings were made July 18 and 20, 1970) place Green with French tenor sax player Claude Bartee, organist Clarence Palmer and drummer Billy Wilson. The music is funkier, but the songs go on and on. Too much noodling, too little focus, with moments of brilliant playing and a consistent if repetitive groove. It doesn’t help that two long versions of “Upshot” are included; one is enough.

The 1975 show at Vancouver’s Oil Can Harry’s was recorded for a local radio station. By that time, Green was firmly in the funk-jazz world. His touring band at that time included electric piano player Emmanuel Riggins, bassist Ronnie Ware, drummer Greg “Vibrations” Williams and percussionist Gerald Izzard. It’s interesting to contrast his long version of “How Insensitive (Insensatez)” in that show with the shorter and lighter version in the 1969 ORTF performance. The Vancouver show includes only three tunes, long drawn out things that waver between interesting and not. It was probably a different matter to be in the club watching the performers and enjoying some liquid refreshment. It doesn’t fully translate to a home listening situation.

Back in the day, the best live funk-jazz albums from labels like Blue Note and Prestige were carefully edited; this album probably needs some professional nipping and tucking for most listeners and most listening situations. As with the 1970 festival shows, the playing is funky and the grooves are consistent, but half-hour excursions are too much for this music.

A more compelling presentation might have been boiling these three performances down to one tight, well-edited sonic portrait of Grant Green’s evolution into funk-jazz as seen in three live settings. But, for the more hardcore fans of Grant Green or well-played jazz guitar, as well as those who appreciate a complete documentation of Green’s earliest and latest known live recorded sets as a leader, too much might be just enough.