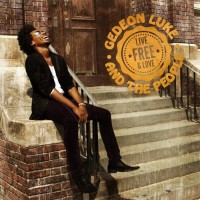 Artist: Gedeon Luke and the People

Gedeon Luke and the People have been touring heavily this summer to promote their debut album Live Free & Love. As the title suggests, Luke’s music is a throwback to that great era of ‘60s soul. Not surprising since he grew up in Soulsville USA, immersed in his father’s collection of vintage Stax and Malaco vinyl, soaking up the sounds of artists like Otis Redding and Al Green. After surviving plenty of hardships and hard times on the mean streets of Memphis, Luke is determined to “embrace the joys and pains in life by expressing them through music,” while bringing a little peace and love back to the world.

Divided into two parts, the album opens with five original songs (co-written by Luke and Marc Swersky) expressing the “Live Free” theme, kicking off with the ebullient “Lend Me Your Sunshine” that adeptly blends rock harmonies with soul-drenched vocals.  After getting down on the supremely funky “Standing on Top of the World” (definitely one of the best tracks), the group changes pace with the more pop-oriented “Hey (That’s What I Say),” complete with sing-a-long “Hey hey hey” and “Na na, na-na na-na” backing vocals. This section closes with the title track, an excellent showcase for Luke’s soaring falsetto over the band’s formidable funk grooves: 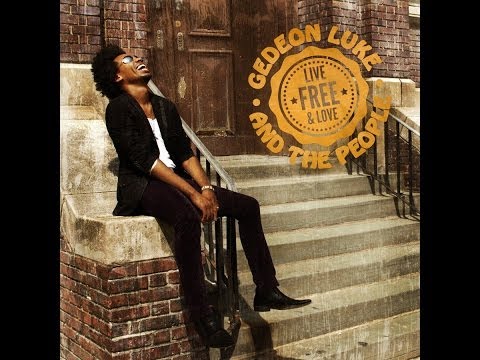 On the second half, both the band and tempos are scaled back while Luke focuses on the “Love” side of the equation. “The Healing” features a sparse acoustic accompaniment, giving way to “Electric Playground” that harkens back to mid-70s soul and R&B. The slow ballad “Hurting Kind” is quite effective, but in my opinion the pop-styled back-up vocals break up the tension, lessening the emotional punch. The contemplative “Gray” has more of a Curtis Mayfield vibe, while “Soul Child” wouldn’t be out of place in a ‘70s movie soundtrack. The album concludes with “I’ll Be Your Friend,” a bit of a throwback to the Motown era. In fact, all of the songs on the album have familiar sounding riffs, with plenty of references (even in the titles) to Northern and Southern soul, plus a dash of the Beatles and Sly & the Family Stone.

The backing band, dubbed “The People,” includes Jack Daley on bass, Joe Daley on drums, Anthony Alamonte on percussion, Steven Salcedo on sax, Erik Rudic on guitar, David Farrell Melton on keys, plus vocalists Ayo Awosika and Evvie McKinney. But the tracks are also chock-full of guests, including James Poyser (The Roots) on keys, Karl Denson on sax and flute, and Bobby Sparks Jr. (Kirk Franklin band) laying down the gospel on the Hammond B3.

Luke is a superb frontman for the group, a seasoned performer who cut his teeth on American Idol at the age of 17 (he made the top 20 in Season 5 under the name Gedeon McKinney), but now exhibits a fully mature voice and style.  With Live Free & Love, Gedeon Luke and the People have earned a well-deserved spot at the forefront of contemporary rock ‘n’ soul bands. The group is planning an official release party for the newly pressed physical copies on August15th at the Wonder Bar in Asbury Park, NJ.