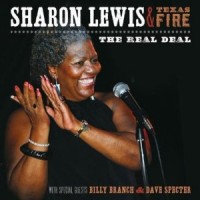 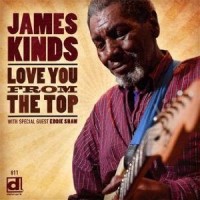 Title: Love You From The Top 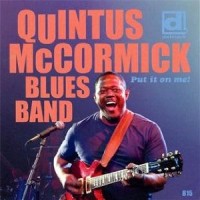 Title: Put It On Me!

Chicago-based Delmark is run like an old-school regional label, over 50 years after its establishment. Founder and owner Bob Koester still scouts, signs and records local Chicago musicians. Koester’s eclectic tastes have led over the years to several blues classics as well as standard-bearers in free-form jazz and hot-jazz revival. But the label is best known by its blues catalog.

The five CDs under review here flowed in Delmark’s steady release stream last year. All can be loosely called “blues” albums, but they are not cookie-cutter stable-mates. In the spirit of Koester and Delmark’s willingness to take chances and “throw paint on the wall and see how it looks,” keep in mind that what follows are just the opinions of one reviewer.

Best in this bunch is Toronzo Cannon’s first professional-label album (he self-released a DIY CD in 2007). Cannon, a skilled and exciting guitarist/singer, may be able to quit his day job as a Chicago Transit Authority bus driver on the strength of this CD. Backed on some tunes by guitarist Carl Weathersby, and with his road-tested band behind him, Cannon lays down a solid hour of old-school Chicago blues. There’s not a bad tune on the disc.

Also super-solid is Sharon Lewis’s serving of soul-blues. Lewis is a singer with the chops and courage to combine her original songs with covers of songs recorded by Van Morrison (“Crazy Love”), Ben E. King and later Aretha Franklin (“Don’t Play That Song”) and Wynona Carr (“Please Mr. Jailer”). She’s backed by a punchy band, and there are guest appearances by Billy Branch on harp and Dave Specter on guitar. This album feels complete, well-planned and well-executed. Lewis’s originals range from serious political activism to humorous musical romps. She hits many more of her marks than she misses, and hopefully she’ll have more to say in coming years.

Grana Louise first recorded for Delmark in 2000, appearing on the Mojo Mammas compilation. This new CD is her first full-length album for the label. It’s the classic blues half-and-half: the first 6 tunes were recorded in a one-day session in 2009, then there’s a single from 2010 that’s more upbeat and keyboard-heavy, and the rest is a live set from Blue Chicago (no year listed on the album). The 2009 recordings are the best, starting out with a great rendition of the traditional “Stagger Lee,” and including Louise originals “Lead Foot Mama,” “Big Dick, M’isipi,” and “Bang Bang Ba-Bang Bang Bang Bang.” Yes, her songs are double-entendre-laden dirty jokes, clever and rollicking. “Gonna Get ‘Cha,” another original, was recorded in 2010 by co-writer Bill Syniar. There are also good covers, including Ann Peebles’ classic “I Can’t Stand the Rain.” It’s too bad Louise didn’t have enough strong studio tracks to make a whole album, but the live set is pretty darn good.

Blues writer Bill Dahl’s notes for James Kinds’ album tell the tale of a man overlooked and ignored, except on Chicago’s West Side blues scene. Although Kinds was inducted into the Iowa Blues Hall of Fame in 2008, and Dahl describes his voice as “golden pipes,” this album just doesn’t come across strongly. Kinds has a long vibrato, which often makes his voice sound out of tune to his guitar. And, the songs aren’t very exciting and the playing is average. To this reviewer’s ears, Kinds wasn’t “overlooked,” rather he’s not a national-level talent.

On his second Delmark album, Quintus McCormick has made a turn onto the bad road called “R&B” nowadays but what’s really soul-tinged syntho-pop. This kind of music is best heard on TV talent-search shows, not alleged “blues” albums. There are a couple of good moments on this disc, including a nice Billy Branch harmonica solo on “Don’t Know What To Do,” midway through the album, but it’s mostly too much over-produced “R&B” and not enough blues. McCormick is capable of better music, his first album demonstrated that. Here’s hoping he gets back on track the next time he’s in the studio.