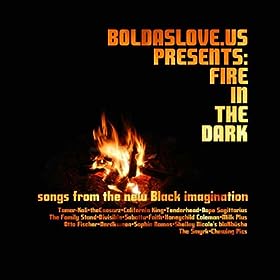 Since early 2007, Rob Fields has been championing the existence and worth of Black rock at his blog, Bold as Love.   No stranger to the Black rock scene, Fields was the PR director for the Black Rock Coalition in the early 1990s, and later managed alternative Black musicians such as Josh Roseman, Graham Haynes, and Remileku.  He has described Black rock as “an invitation to break the frame of things we take for granted-what we listen to out of course, avenues through which we can express ourselves, even notions of what it means to be authentically black.”  With his marketing background, Fields is profoundly interested in how to attract an audience, particularly a Black audience, for Black rock music, and how Black rock music can positively influence Black culture.  In Bold as Love, he explores these ideas through thoughtful essays, as well as posting responses (both positive and negative) to pop cultural occurrences related to Black rock, and interviewing prominent figures in Black rock on his podcast BoldasRadio.  He also promotes Black rock-related events and performances through the blog’s related event series, BoldasLIVE.

Fields has just released a new compilation, Boldaslove.us Presents: Fire In The Dark, which he describes as “songs from the new Black imagination.” Featured are 17 tracks from some of the hottest black rock artists on the scene today.  Highlights include “Ocean” by Tamar-kali, “Freedom is Over” by Sophia Ramos, “The Ballad of Fletcher Reede” by The Smyrk, “Never Goin’ Home Again” by Honeychild Coleman, and “Blak Girls” by Shelley Nicole’s Blakbushe. Many thanks to Rob for making this compilation available to black rock fans free of charge!

(Both Fields and Tamar-kali will also be participating in the upcoming conference Reclaiming the Right to Rock: Black Experiences in Rock Music)