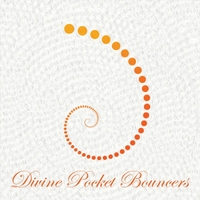 On their self-titled debut EP, the group continues a sonic exploration begun in 2008 when the members started jamming together at an abandoned building in the Menilmontant section of Paris. Over the ensuing years the group coalesced through file sharing across the pond, then finally came together again in January 2012 for several live concerts in Bordeaux. From these performances the group emerged with six songs that were turned over to the U.S. production team of Diriki Mack and John “Quixotic” Gundersen.

Kicking off the project is “Wow!” which can best be described as a rap-based party track that name checks James Brown, then brings in the funk at full throttle. The remaining 8 tracks follow a similar pattern, as Sherfield’s half sung, half spoken syncopated lyrics (like a more playful version of Saul Williams) fuse with smooth synths and funky bass lines. The result is a highly original EP that showcases the group’s genre-bending talents and offers a contemporary yet familiar sonic landscape that should appeal to everyone from seasoned funkateers to youthful hipsters.